Warm ‘N’ Fuzzy a model of consistency for Maley

I’m All The Talk is off to a successful start at Belmont with Warm ‘N’ Fuzzy after he sired four winners of six races in the final month of the season at Ascot.

Warm ‘N’ Fuzzy opened the batting for the former Mungrup & Darling View stallion in the Amelia Park Hcp (1200m) at Belmont on Saturday.  Since transferring to trainer Ash Maley at the start of this season, he’s been a model of consistency with 5 wins and 5 placings in 10 starts. 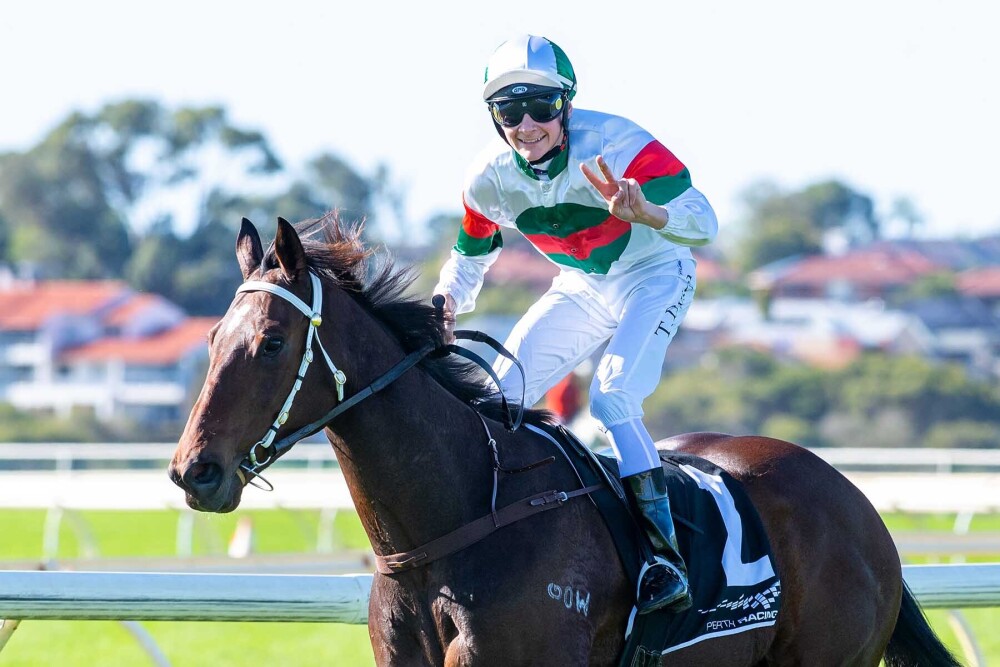 Warm ‘N’ Fuzzy (Photo: Western Racepix) and apprentice Taj Dyson camped on a quick clip set by Diamond Blue and had enough in reserve to hold off Via Monte (Street Boss) by a head.  “I thought there was pace in the race so I told Taj to sit off them rather than lead,” Maley said.  “I didn’t want him exposed too early and that helped his fitness came through at the finish.

“He doesn’t have any quirks.  He loves to work and is easy to train.  I don’t know where his mark is but I’m so proud of this horse.”

Warm ‘N’ Fuzzy is the first foal of unraced mare What a Rumour (Oratorio).  She is a three-quarter sister to G2 Karrakatta Plate winner Lucky Street and the I’m All The Talk – Oratorio cross has a 90% strike-rate.

What a Rumour’s second foal is a 2yo filly named Time Step (A Lot) with Bill Godecke.  The mare is owned Forest View Farm’s Ben & Jo Duncan and they sold her I’m All The Talk yearling filly to Commercial Bloodstock’s Noel Carter for $55,000 at the Perth Magic Millions in February.

I’m All The Talk (Stratum) passed away at Darling View Thoroughbreds after covering 121 mares last year.  His place on the roster is now occupied by Snitzel newcomer Splintex who was a Group 2 winning sprinter at Randwick and Flemington.