Gold Front Thoroughbreds resident Awesome Rock sired a winning double with his 3yo filly Kaymay and 3yo colt Rokanori at Belmont on Saturday.

That wasn’t the only good news for Gold Front owners Alan and Sue Olive.  They also bred Sluice Box (My Admiration) who filled out a hat-trick for the Breera-based nursery in the Free Entry To Belmont Hcp (2000m).

Awesome Rock (Fastnet Rock) whittled back Rommel (Commands) at the top of the WA second-season premiership on the weekend.  There’s now no more than $1,500 between the pair in a topsy-turvy battle that’s far from finalized. 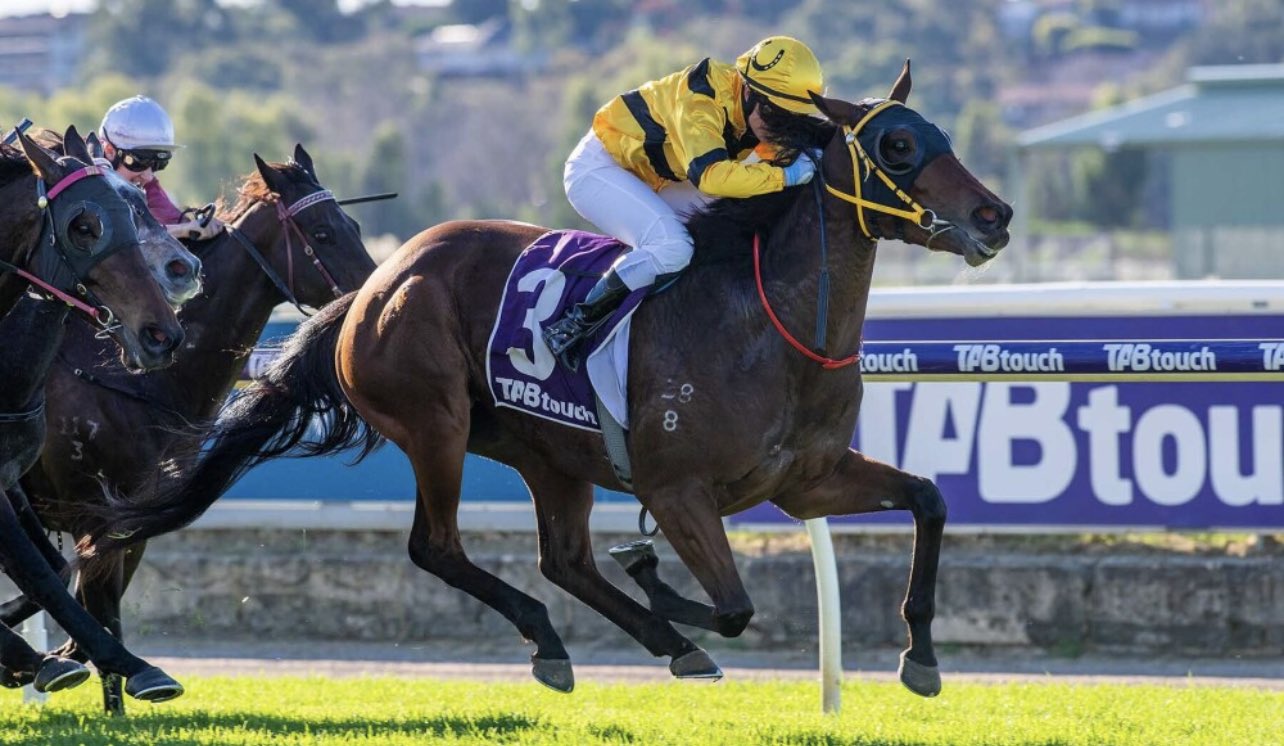 Kaymay (3f Awesome Rock – Dark Queen by Bletchley Park) towed the field up to tearaway leader Lordhelpmerun in the TABtouch Hcp (1600m) and refused to surrender in the straight.

“She’s tough and that was a well-deserved win,” Sue Olive said.  “It was a great ride by Kyra (Yuill) and she knows the filly so well.  It’s also a good plug for our boy Awesome Rock.

“She didn’t even get picked for the Magic Millions Yearling Sale and was just sitting in a paddock at home so I decided to put her in work.

“She went shinny in her first prep but all the track riders told me they really liked her.”

The Grant Williams-trained colt had won the LR Roberts Stakes (1800m) in March but then jarred up in the LR Melvista Stakes (2200m).  “We went one run too many on the hard tracks during that last prep,” Williams admitted.  “He went out but after three weeks I had to bring him back in because he was putting on too much weight.

“He’s being working good and his trial at Lark Hill was first-class.  He was up against a good field today but I was happy to take them on to get a guide on some long-term goals.

“He’s being set for the Raconteur Stakes (1400m) and Belmont Guineas (1600m) next month to hopefully earn some extra rating points for the summer carnival.”

Rokanori was bred and sold by Gervase Park for $165,000 at the 2020 Perth Magic Millions to a syndicate managed by Neil Pinner.  He’s a half-brother to four winners headed, until now, by Takanori (Vital Equine) who was successful in the LR WA Breeders’ Classic in 2013.