Mt Hallowell Stud notched another win in a season to remember when Astrape was too good for her rivals in the Crown Perth Maiden (1000m) at Belmont on Wednesday.

The Snitzel 3yo filly jumped on terms but dropped back midfield for Brad Rawiller before sprinting home to defeat Extra Secret (I Am Invincible) and Desert Vixen (Rommel).  She had won a Belmont nursery this time last year when trained by Dan Morton prior to a stable transfer to the Great Southern. 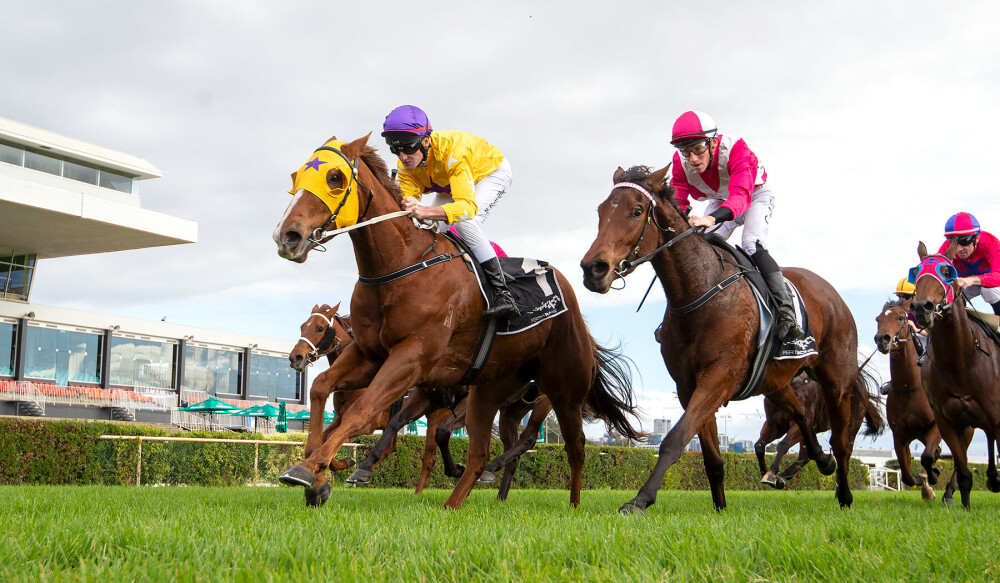 Astrape (Photo: Western Racepix) won first-up for Roy Rogers at Belmont in December and appreciated coming off another break at the midweek meeting.

“Dan did a great job with her,” Rogers said.  “But he told the owners she would be better away from a city environment.

“I told Brad to get her into a rhythm even if that meant getting back and being caught wide.  I knew she would hit the line hard as long as she was ridden hands and heels.

“She resents the stick and, to Brad’s credit, he rode to instructions even though he must have been tempted to use it in the straight.”

The Belmont victory came just four days after the Thompsons celebrated the Group 1 victory of Sheeza Belter in the J J Atkins Stakes (1600m) at Eagle Farm.  They bred and sold the Gold Standard filly for $50,000 at the 2021 Perth Magic Millions and she has since accrued over $1.44 million.

Mt Hallowell also launched the career of exciting prospect Colossal in April and he responded with two wins in his first two starts at Pinjarra and Belmont.  He’s also by Snitzel from G2 VRC Gilgai Stakes winner Hallowell Belle (Starcraft).

“I sold Hallowell Belle as a broodmare to Steve McCann and Neil Werrett and they put Colossal through the Vinery consignment at the 2020 Inglis Easter Sale,” Thompson said.  “I bought him for $300,000 and was happy for Steve and Neil to stay in with 15% each.”