Playing God on the double at Belmont

Capel trainer Bruce Watkins is looking forward to next season with his budding stayer Acting God following a last-start win in the Amelia Park Hcp (2100m) at Belmont.

Acting God (Photo: Western Racepix) was coming off a seven-day break when stepping up from 1600m to 2100m last Saturday.  The 4yo gelding was also burdened with 59.5kg but was too strong in the final stages for Aragain (Niagara) and Mojo Rhythm (Playing God). 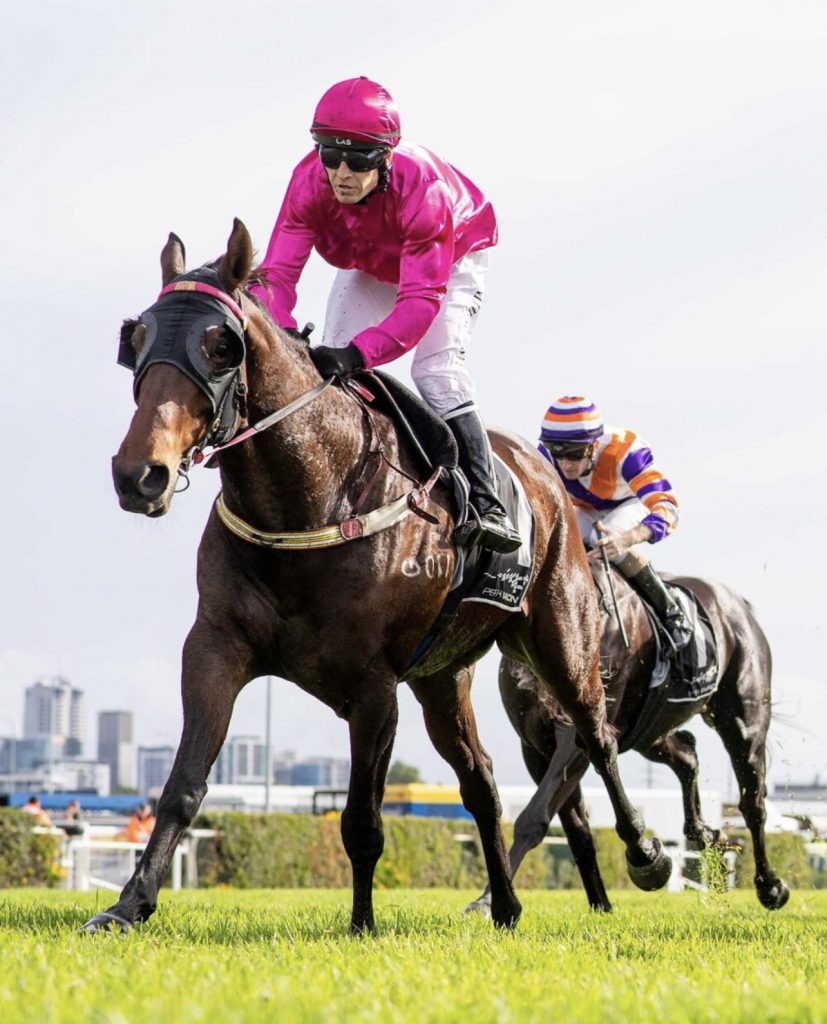 “He’s a laidback, clean-winded horse and I was looking forward to getting him over more ground,” trainer Bruce Watkins said.  “I thought he would make a stayer after he really hit the line over 1800m at Pinjarra in January.  I spelled him after that win and I will give him one more run over 2200m before tipping him out again.

“When he comes back next season, I will train him like an out-and-out stayer.”

Acting God is one of 7 winners from 7 foals from Cottage Rose (Cheraw).  The best of them has been the Watkins-trained El Presidente (Dante’s Fury) who won the G1 Railway Stakes in 2007.

Cottage Rose, who died in November 2017, was owned by Mary Gracie and she races Acting God with a syndicate that includes Liz Watkins, Lou & Yvette O’Hara, Shelley Clements & Dave Martin.

Playing God followed up with a well-deserved Belmont winner on Wednesday when Pambella landed the Reliable Asset Maintenance Hcp (1650m).   The 5yo mare accelerated through a gap at the top of the straight for comeback jockey Jason Brown to score by a neck from All Man (All Too Hard).

“She has been threatening to win for some time but was in the zone today,” trainer Neville Parnham revealed.  “She has been a bit frustrating but has won over $200,000.”

Pambella was originally bought by Peter Diamond as a yearling for $60,000 from Mungrup Stud at the 2018 Perth Magic Millions.  She changed hands again last September when purchased by Premium Bloodstock’s Grant Burns for $27,500 at an Inglis Digital Sale.

Her dam Parc D’amour (Bletchley Park) won a LR Belmont Oaks and her earlier foals include Playing God mare Heavenly Affair who won four in a row at Belmont in 2019.  Retired to Rangeview Stud, she foaled a War Chant (USA) filly first-up last September and was bred back to Maschino.

Pambella is also a sound broodmare prospect with a black-type background and a PB placing in the 2020 Listed Natasha Stakes at Ascot.