Awesome Rock is close to claiming the WA second-sires’ premiership and it was fitting his courageous 3yo Searchin’ Roc’s should send him clear in the LR Belmont Oaks (2000m). 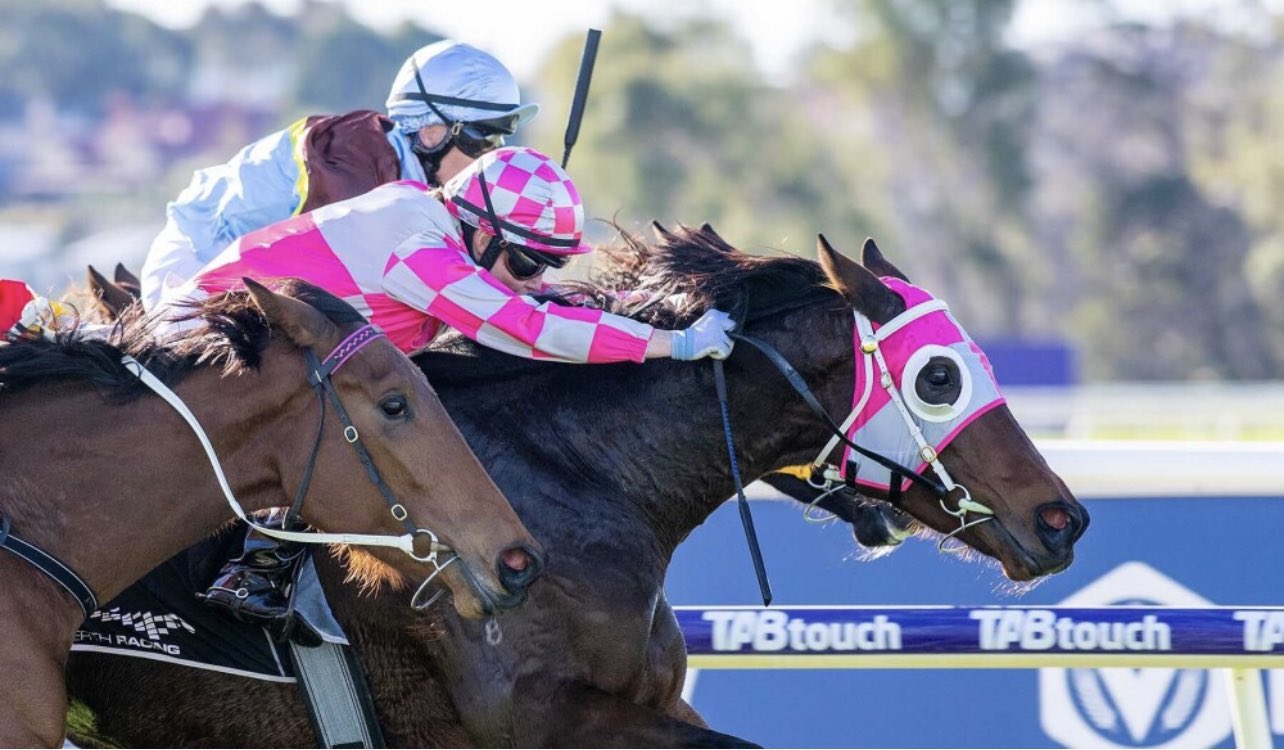 Starting a long odds-on favourite on Saturday, the David Harrison-trained filly (Photo / Western Racepix) settled at the tail for Kyra Yuill before circling the field on the corner to defeat stablemate Pat’s Got Sass (Patronize) by a short-neck.  Be Optimistic (Blackfriars) finished a nose back third for Luke Fernie and Mystery Moment (Animal Kingdom) just missed minor black-type for Peters Investments.

Harrison returned from Broome to watch the classic and admitted the overnight trip could have been in vain when Searchin’ Roc’s was a handful before the start.  She had been sent back to the trials for similar behaviour that meant she missed the LR Sheila Gwynne Classic (1400m) in April.

“She also pulled hard, raced four-deep and had to go too early,” Harrison said.  “She should have won by a bit further but our other filly kicked and was brave.”

Harrison trains Searchin’ Roc’s for Serpentine owner-breeders Rob and Heather Grant.  She’s the only foal to race out of Still Searchin’ (Trade Fair) who was bred by the late Alan Young at Kintore Stud in Serpentine.  The family goes all the way back to blue-hen mare Denise’s Joy (Seventh Hussar).

Searchin’ Roc’s will spell ahead of a summer campaign targeting the Group 1 Northerly Stakes (1800m) at Ascot on December 3.  She finished less than three lengths from Regal Power in the same race last year when it was known as a the Kingston Town Classic.

Searchin’ Roc’s is Awesome Rock’s divisional leader this season, however, the Gold Front champion-elect is anything bar a one-horse stallion.  His first crop also includes Rokanori (LR J C Roberts Stakes) and Outspoken Lad who can go one better than a close second in the LR Aquanita Stakes when he lines up in the LR Belmont Classic on Saturday week, July 16.