Blackfriars appears have a 12th WA sires’ premiership in safe keeping after a Belmont double on Saturday highlighted by Black Fantasy’s resolute victory in the LR Aquanita Stakes (2000m). 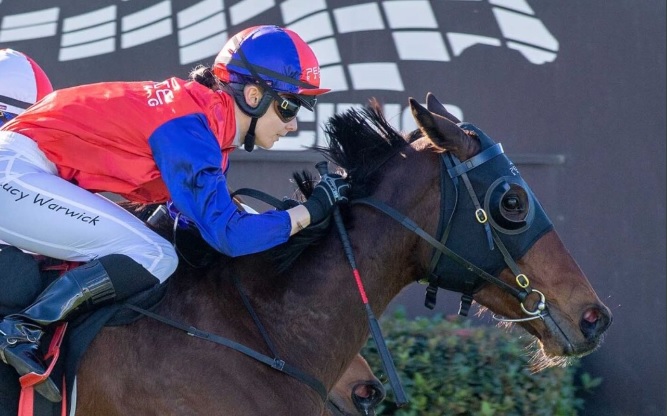 He had been placed in the G2 WATC Derby, LR Raconteur Stakes, LR Belmont Guineas and RL Magic Millions Trophy.

His only other win for Pearce Racing had been a Northam maiden back in September. “It’s great to see them perform so well,” co-trainer Ben Pearce said.  “Black Fantasy did a great job and Outspoken Lad was brave in defeat.  They will meet again in the (LR) Belmont Classic in a fortnight.

“Nothing else wanted to take it up so they were left in front.  They know each other well and work together at home.  We earmarked them as classic prospects as yearlings and they’ve had similar preps this season.”

“Blackfriars won a Group 1 Victoria Derby (2500m) and one can’t help but think that, while he has excelled in WA, he would have fared just as well no matter where he stood.  His most famous son Black Heart Bart cleaned up five Group 1 events in Melbourne, namely the Memsie Stakes, C F Orr Stakes, Futurity Stakes and two editions of the Underwood Stakes.

“Blackfriars and New Zealand sire Darci Brahma (Danehill) are not only by the same sire, they also have almost identical bloodlines.  Their dams are grand-daughters of Sir Tristram, their grand-dams are both by Vice Regal (Bismark II) and their fourth dams are half-sisters.