The Serpentine-based breeder sold El Patron for $75,000 at the 2021 Perth Magic Millions Yearling Sale.  The chestnut looked every inch a racehorse in the Swan Valley and he repaid over half that amount for a lively syndicate of ladies at Belmont.

The Simon Miller-trained 2yo earned good money for a midweek win – $43,450 boosted by Westspeed Platinum Bonuses of $19,250.  “He’s a nice horse and we were setting him for Magic Millions Classic but he went shinny after finishing fourth in his first start at Ascot,” Miller said.  “He was a bit big first-up here a fortnight ago so I had the choice of upping his workload or cutting his feed.

“I increased the work and told Holly (Watson) to put him where he was happy.  He a better chaser and made the most of the cutaway in the straight.”

Patronize (Redoute’s Choice) stands at Darling View Thoroughbreds and El Patron was his third juvenile winner this season following Swim Through and Sunny Honey at Ascot on either side of Xmas – New Year.

El Patron is the first foal of Namerik homebred Femelle (Charge Forward).  She has a weanling colt by King’s Troop and was served by Patronize again last October.

Namerik is also home to Femelle’s younger half-sister Hariasa (Safeguard) who had won at Belmont and Pinjarra for trainer Bernie Miller.  Her first cover was to Sessions last October.

Bansemer and his late partner Mary Scott bought into the family when bidding $20,000 for Carlton Spirit (Fraar) in 2013.  She had won a Listed Debutante Stakes (900m) at Caulfield and was carrying Femelle when knocked down for a trip west at the Inglis Sydney Easter Broodmare Sale.

Namerik Thoroughbreds has been a leading vendor at Perth Magic Millions Yearling Sales for many years.  It’s top-priced lot in February was a Patronize – Comme Ci (Verglas) filly that made $85,000 to Hayden Ballantyne Racing.  The dam has thrown four winners including the Perth Stakes performers Fred Dag (Patronize) and Janaura (Safeguard).

Aconite (Discorsi) is another young city-winning mare with a future for Bansemer and Scott’s daughter Maya.  She’s due on the first day of spring off a maiden cover to Snippetson.  Aconite’s dam is a half-sister to Namerik’s G2 WA Guineas winner King Saul (Flying Pegasus).

On June 1, Bansemer was named an Officer in the Order Of Australia in the Queen’s Birthday Honours for 2022.  He received the AO for distinguished service to public administration, particularly health through leadership and policy development.

Bansemer was WA Commissioner of Health from 1995 to 2001 and was appointed Chair of the WA Technology and Industry Advisory Council (TIAC) in 2011.  His company Banscott Health Consulting also provided strategic advice to health departments throughout Australia. 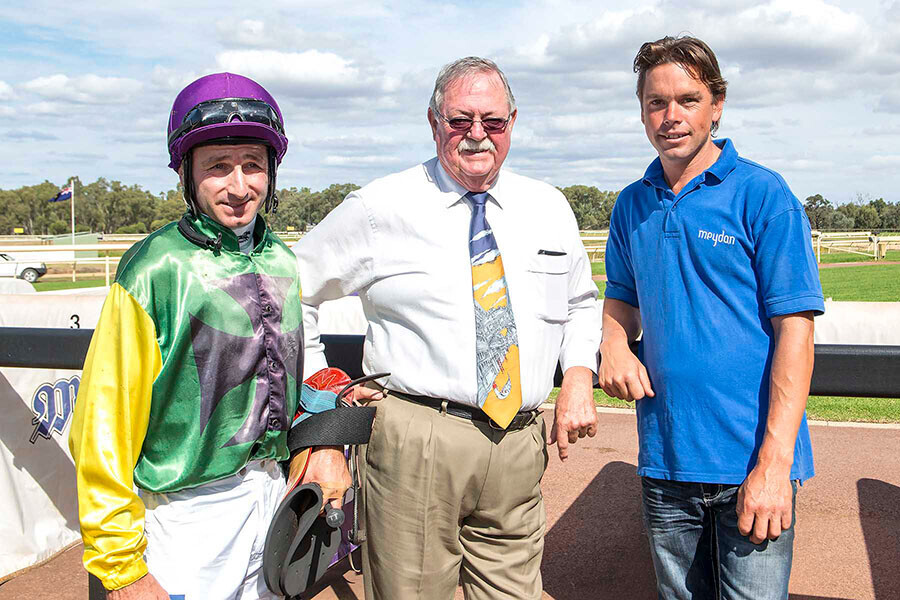