Run D’Affaire Run secured the 200th career win for Gingerbread Man last month and he was back in the frame for the Yarradale Stud sire at Pinjarra on Thursday.

Bred at Yarradale, Run D’Affaire Run is raced by trainer Graeme Ballantyne and his wife Donna and is something of a Pinjarra specialist having won four races and being placed there on another four occasions in 10 starts.

With Paul Harvey in the irons, he led from the outset and ran out a convincing winner over Midnight Mystery (Iffraaj) in the Vale Rogan Josh Hcp (1500m) on Thursday.  He’s a half-brother to LR Hannans Hcp winner Mr Vadim (Starcraft) and propelled Gingerbread Man (Shamardal) through $10 million in progeny prizemoney since retiring to Yarradale in 2013.

The Ballantynes know the breed all to well having bought Gingerbread Man filly Chili Is Hot for $500 as a foal and recouping over $350,000 and a LR Belmont Oaks trophy to date.  There’s also valuable resident value through her French-bred dam Femme D’affaire who is by Mr Prospector sire Woodman. 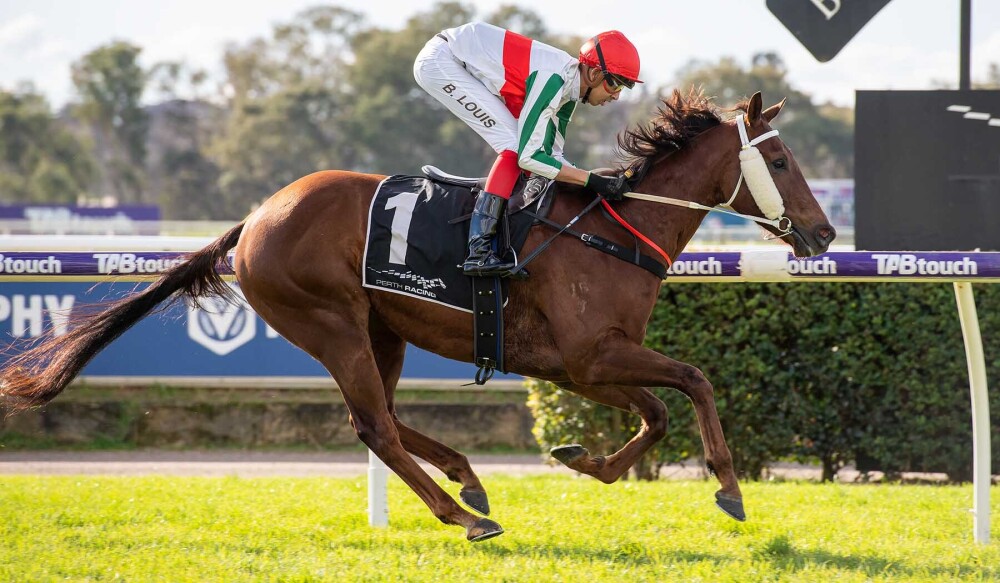 Phanta, a six-length Belmont winner for Gingerbread Man on Wednesday, is bred on the same Mr Prospector-line cross as Run D’Affaire Run.  His dam Dubi Dubi Do is a daughter of Dubai Destination, a Group 1 Royal Ascot-winning grandson of Mr Prospector.

Phanta (Photo / Western Racepix) was initially sold by Scenic Lodge for $25,000 at the 2019 Perth Magic Millions and is now owned and trained by a Gangemi Racing syndicate after an unproductive stint with Gai Waterhouse last year.

“He’s been firing at home and we were confident coming here,” co-trainer Chris Gangemi said after the Peninsula Dining Room Hcp (1300m).  “He’s a good horse and I liked him first-up today.

“Brandon (Louis) rated him beautifully in front and he made a good thing of it carrying 60kg over 1300m.  I can see him racing through the grades now.”