Capital Flight is going places for trainer Coreen Maynard after the Henley Brook trainer initially thought he might be better placed in the Pilbara!

But after the lightly-raced Yarradale Stud-bred graduate and 3kg claimer Luke Campbell completed a hat-trick at Belmont on Wednesday, Maynard was the first to admit she got it wrong.  “He will go to a Saturday race now!” she said.  “Unfortunately Luke isn’t eligible unless he rides another 10 winners in the next 10 days.

“I told him to settle off the speed.  Then I was worried they might not get clear until they accelerated through a gap in the straight.” 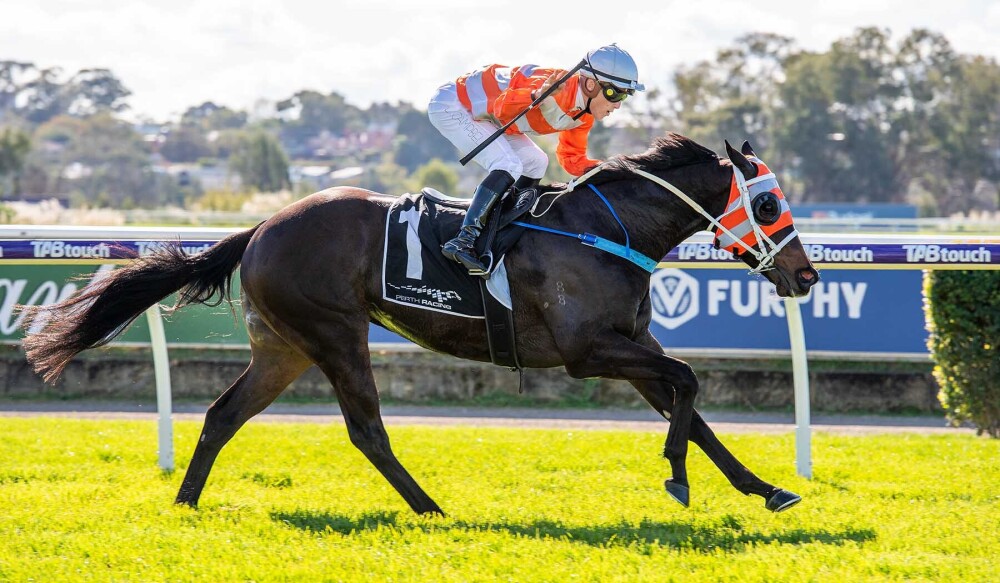 Capital Flight (Photo: Western Racepix) had won two in a row at Northam last month before the city breakthrough.  He’s by former Yarradale sire City Place (USA) from Flying Affair (Heritage) who won the 2011 renewal of the LR Gimcrack Stakes at Ascot.

“He’s a pretty handy horse,” Campbell claimed.  “I was in the box-seat but it got a bit scary when Lucky (Ramoly) had me pocketed.  He burst through to make it three-from-three for me so I can’t complain if someone else has the ride on Saturday week.”

Capital Flight sold out of the Yarradale consignment for $26,000 to John Chalmers Bloodstock (as agent) at the 2020 Perth Magic Millions.

City Place (Storm Cat) covered four books at Yarradale between 2014 and 2017 and Flying Affair is now owned by Ross Drage.  She has a 2yo filly named Ginger’s Affair (Gingerbread Man) with Fenella Martin, a yearling colt named Spin Affair (Patronize) and weanling colt by Gingerbread Man.