Postponement no problem for Nero King

Nero King will be spot on for Race 7 at Belmont on Wednesday despite missing an intended start at the postponed meeting from Saturday.

Still in his first racing preparation, the 3yo son of Maschino is improving all the time and is unbeaten in both starts on Soft 5 tracks. 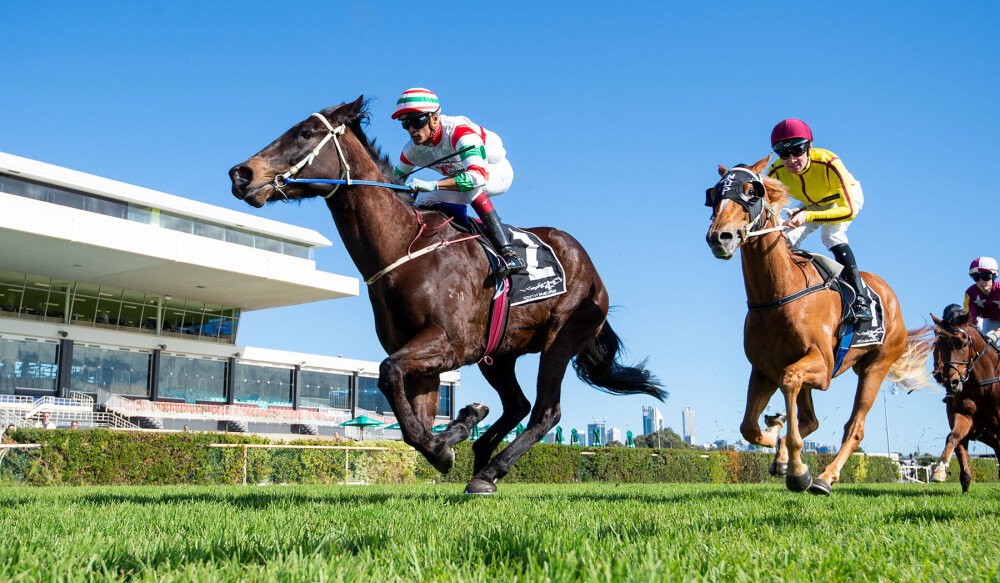 He jagged another one with just as much potential for $140,000 from Alwyn Park at the 2020 Perth Magic Millions.

Alwyn Park’s John Andrew considered Nero King one of the highlights of his consignment that year.  “He’s big and powerful with plenty of bone and a lovely nature,” Andrew said before taking him up to the Swan Valley.  “He’s got everything going for him and everyone will like him.”

Taylor agreed although, in hindsight, there was one proviso.   “We’ve had to be patient because he can be a bit naughty at home,” Taylor admitted after his last-start victory in the Peoplestart HR Hcp (1650m) at Belmont.  “He’s still six months away and ran about in the straight but Lucky (Ramoly) handled him perfectly.”

Nero King is a full-brother to LR Starstruck Classic winner Snowchino (Maschino) and a half-brother to Belmont winner A Fair Lady (Trade Fair).  Their dam Classical Snow (Bletchley Park) is owned by Andrew and she has a weanling colt by Ducimus and was bred back to Maschino last year.