Belmont’s final midweek card of the season on Wednesday began with a benefit for Yarradale Stud and Darling View Thoroughbreds stallion Patronize.

The Great Hoya (Patronize) won the Peninsula Dining Room Hcp (1200m) and third-placed Rejuva King (Patronize) book-ended the trifecta for their sire who will finish Top 5 on the WA 2YO Sires’ premiership this season. 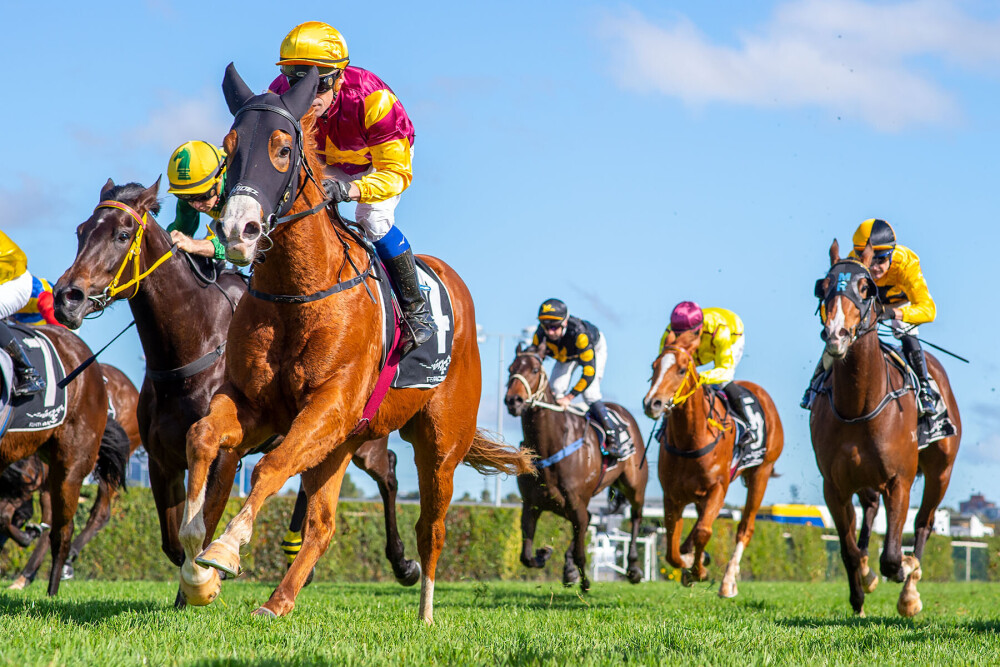 The Great Hoya (Photo / Western Racepix) was a Yarradale graduate out of the 2021 Perth Magic Millions and so was runner-up Platinum Class who is a daughter of Yarradale’s champion sire War Chant (USA).

“I was confident and emailed all my owners this morning,” trainer Paul Jordan admitted as The Great Hoya returned to scale after firming from $19 into $7.50.

“He’s had several issues we’ve had to work through – he was choking down and also required minor surgery for an infected voice-box.

“He’s also a rig.  I’ve had a few rigs before but none like him.  His testosterone levels are less than a mare!”

Bred and part-owned by Yarradale manager Bernie Hamill after selling for $37,500 in the Swan Valley, The Great Hoya had speed to burn but couldn’t sustain it at the business end of his first two starts at Ascot in January.

He returned all the better for a six-month spell when fourth to Empress Of India at Belmont on July 13.  “We were impressed with his first-up run and his work since then,” jockey Craig Staples revealed.  “We taught him to get up and run early and he turned into a real goer.  Now were trying to calm him down and stop him from charging!”

The Great Hoya is the final foal of Movie Queen (Bletchley Park) who also threw winners by War Chant (2) and Alfred Nobel.  The Patronize – Bletchley Park cross has an 88% strike-rate and Patronize has an overall strike-rate of 73% (112 winners – 154 runners).

Patronize (Redoute’s Choice) stands at Darling View Thoroughbreds for a $4,400 (inc GST) service fee and he can sign off 2021-22 a winner with 2yo gelding El Patron in Race 3 at Belmont this Saturday.