Those lots didn’t include sale-topper Flirtini (Artie Schiller) who made $385,000.  She was sold by Perth couple Barry & Jan McRostie but was designated as a NSW graduate while located at Widden Stud.

“She’s a very strong, neat-running mare standing 15.2hh with a terrific depth of girth, massive hindquarter and a terrific action,” Widden Stud Sales Manager Matt Comerford said.  “She has a fantastic attitude and it’s easy to see why she was such a talented racemare.” 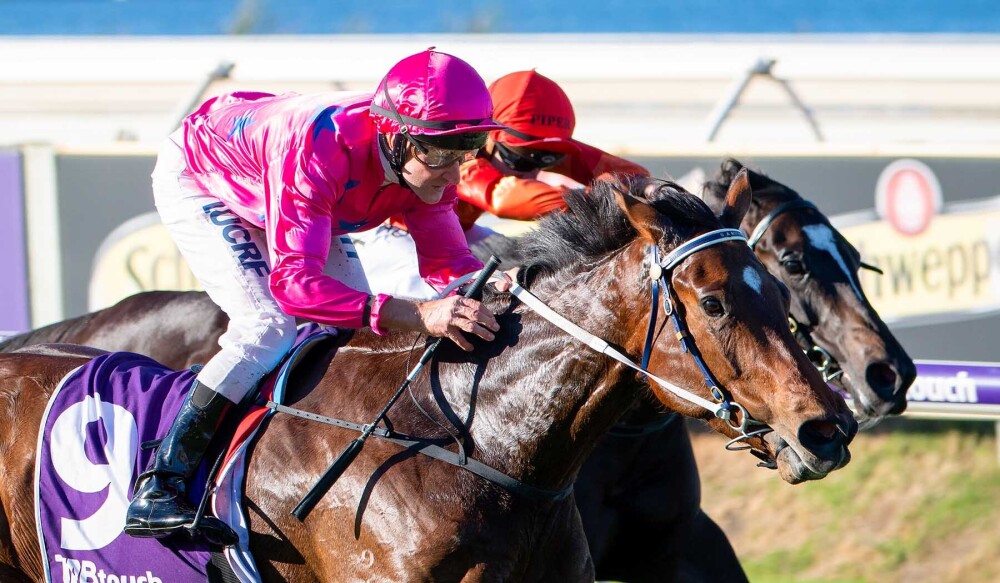 Flirtini (Photo / Western Racepix) won 6 races and banked $612,000 in a career highlighted by Group 3 victories in the Prince of Wales Stakes and Colonel Reeves Stakes at Ascot.  “We’re so happy with the result,” Barry McRostie said.  “We thought $300,000 was her price so to get nearly $400,000 was a real bonus.”

Flirtini was purchased by Brisbane-based breeders Gordon and Janise Shannon and will be covered by a Widden Stud stallion in September.

Entries for the Inglis Digital August (Early) Sale will remain open until midnight on Wednesday August 3.