TBWA Winner of the Week – It’s All A Rumour

Owner-breeders Bill and Patricia Robinson banked the final Westspeed Platinum 2yo Bonus of the season when It’s All A Rumour (yellow silks) dived late to land the Glenn Lee Plate (1300m) at Belmont on Saturday, July 30.

The Midland couple took home $84,540 which included a $40,700 windfall courtesy of Westspeed Platinum.  Winning jockey Kesh Dhurun made a decisive move when getting first run on It’s All A Rumour in the straight and then lifting him over the line when collared by El Patron (Patronize) close to the post. 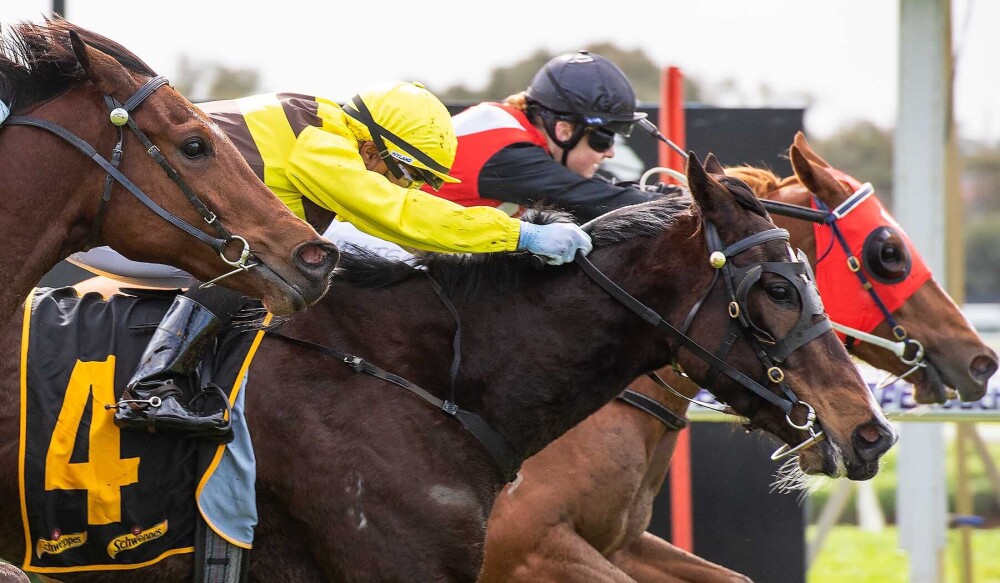 “I thought he just got pipped,” trainer Fenella Martin confessed after the judge found a margin in her favour.  “It was a wonderful ride by Kesh to push his head down at the last moment.

“He’s above average and has run into some handy ones like Aztec King before today.  He’s the complete package and will get out to 1600m next season.  I will talk to Bill before we make plans for races like the (G2) WA Guineas.”