Wilchino farewelled last season a winner at Belmont and it also set up what could be a career-defining season in 2022-23.

The Maschino mare was a class above her rivals in last Saturday’s $100,000 Ngawyni Stakes (1000m) in what was a positive sign for her prospects of redemption in the $1.5 million Winterbottom Stakes (1200m) at Ascot on November 26. 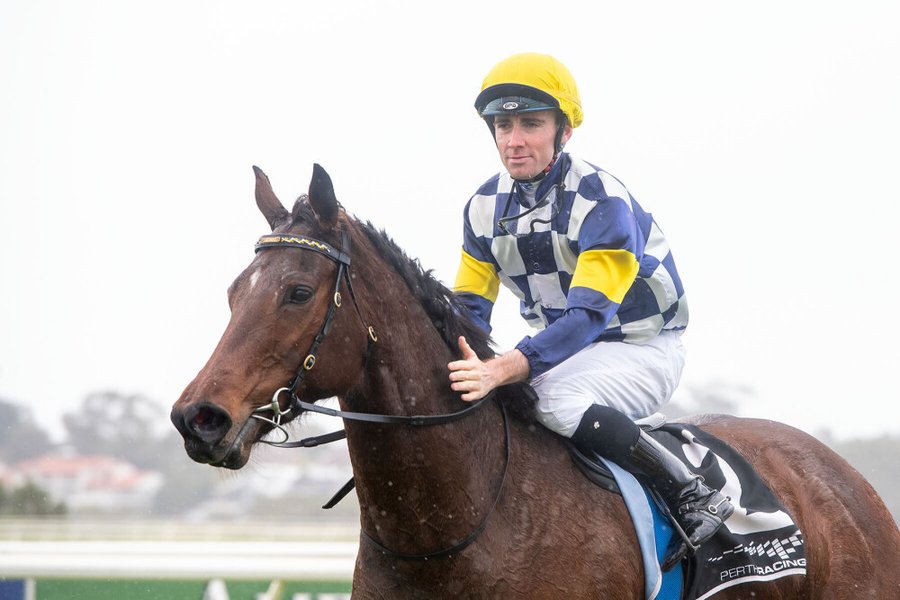 Wilchino (Photo: Western Racepix) was sent out a $2.80 second-favourite in last year’s Group 1 sprint but knocked up in the straight after leading a star-studded field on the corner.

There were genuine excuses for the uncharacteristic loss – she required surgery to remove a knee spur post-race.

The Dan Morton-trained flyer was unplaced first-up in the LR Beaufine Stakes on July 9 when short of a run.  “She was the best horse in the race today and just put them away,” stable foreman Vin Collica said.

“Dan has the Winterbottom in mind.  She wasn’t quite fit enough for the Beaufine but hasn’t put a foot wrong since coming back this prep.”

“The Heavy 9 isn’t her preferred going but it felt like she’s back to her old self,” jockey Chris Parnham said following the two-length victory.  “It was a good sign for later this year and she should be competitive in the Winterbottom.”

Alwyn Park resident Maschino completed a double on the Ngawyni Stakes program with Nowhiteflag in the TABtouch-Better Your Bet Hcp (1200m).  He’s a younger brother to Fabergino and, like the Maschino flag-bearer, is a homebred for a syndicate managed by Jim & Teresa Anderson.