Burst of Pleasure at Belmont

Universal Pleasure doesn’t do things by halves when she strikes form for trainer Stefan Vahala.

The daughter of Scenic Lodge sire Universal Ruler has won 6 races in 19 starts and they’ve all come in two bursts.  She won four in a row at Ascot (2) and Bunbury (2) last year and now she’s unbeaten in two starts at Belmont this season.

“She’s come back from a spell more mature and stronger and we’ve worked out how to keep her happy,” Vahala said following the Quayclean Hcp (1200m) on Saturday.  “We don’t work her too hard and we keep her preps short.

“If she pulls up and recovers after her next couple of starts, we will bring her back for the Fillies & Mares Series at Ascot.” 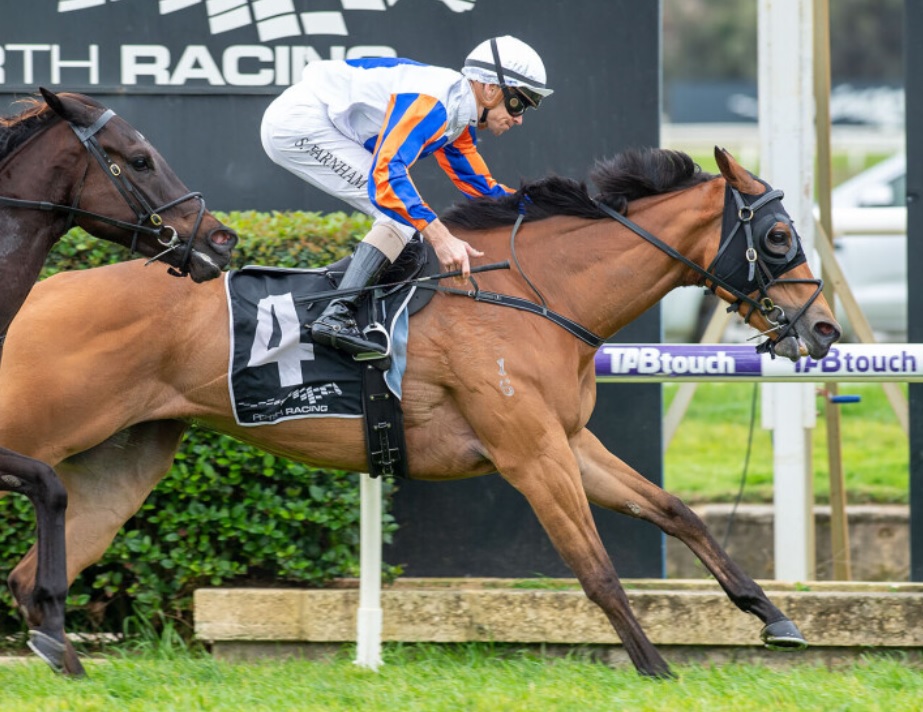 Universal Pleasure (Photo / Western Racepix) has banked $196,675 for a syndicate managed by Andrew Biacsi and her EPONA credits have already reached $10,000.

Universal Ruler sired her from Ascot winner Amphlett (Rock Of Gibraltar) who is now owned by Seymour Bloodstock in Victoria where she has a 2yo colt by Frosted (USA) and a yearling filly by Puissance De Lune (Ire).

Vahala also has undefeated Universal Ruler 3yo Aztec Ruler back in work following two wins at Belmont in July.  He’s raced in the same interests as Universal Pleasure and his first spring target is the LR Belgravia Stakes (1200m) at Ascot on October 22.

Universal Pleasure was the second-leg of a Saturday double for Scenic Lodge following Cash Away in the Free Entry To Belmont Park Hcp (1000m).

The grey son of Dash For Cash is trained by Misty Bazeley and he barged through an opening in the straight to score by a head from Ghost Who Walks (God Has Spoken).

Winning jockey Clint Johnston-Porter was subsequently cautioned by stewards and reminded to make a greater effort to keep his mounts on a straight course.  “Hats-off to the horse, he got me out of a bit of trouble,” Johnston-Porter confessed.  “I told Misty he would make a nice horse the first time I rode him and I’m sure he can take the next step.”

Cash Away and his yearling half-sister by Snippetson were bred by Brad and Nikki McGinty.  Their dam Lock Away (Blackfriars) has a Scenic Lodge background through second-dam Over Lock (Scenic) and third-dam Suture (Pago Mystery).