General measures up for Miller

Despite missing an important dress-rehearsal and drawing the outside barrier, General Grant has opened a $4 TAB favourite for the LR Kalgoorlie Cup (2200m) this Saturday.

The lightly-raced son of All American was withdrawn from last week’s LR Boulder Cup with swelling to a hind-leg and will go into the Kalgoorlie Cup with just two runs under his belt this prep.  He was runner-up at Pinjarra (1600m) on August 18 and then won at Belmont (2100m) on September 3.

Trainer Stephen Miller won the signature event on the Goldfields calendar in 1992 with Signpost (Serheed) and he has handled the 5yo gelding patiently for Horseshoe Investments owner Rod Russell. 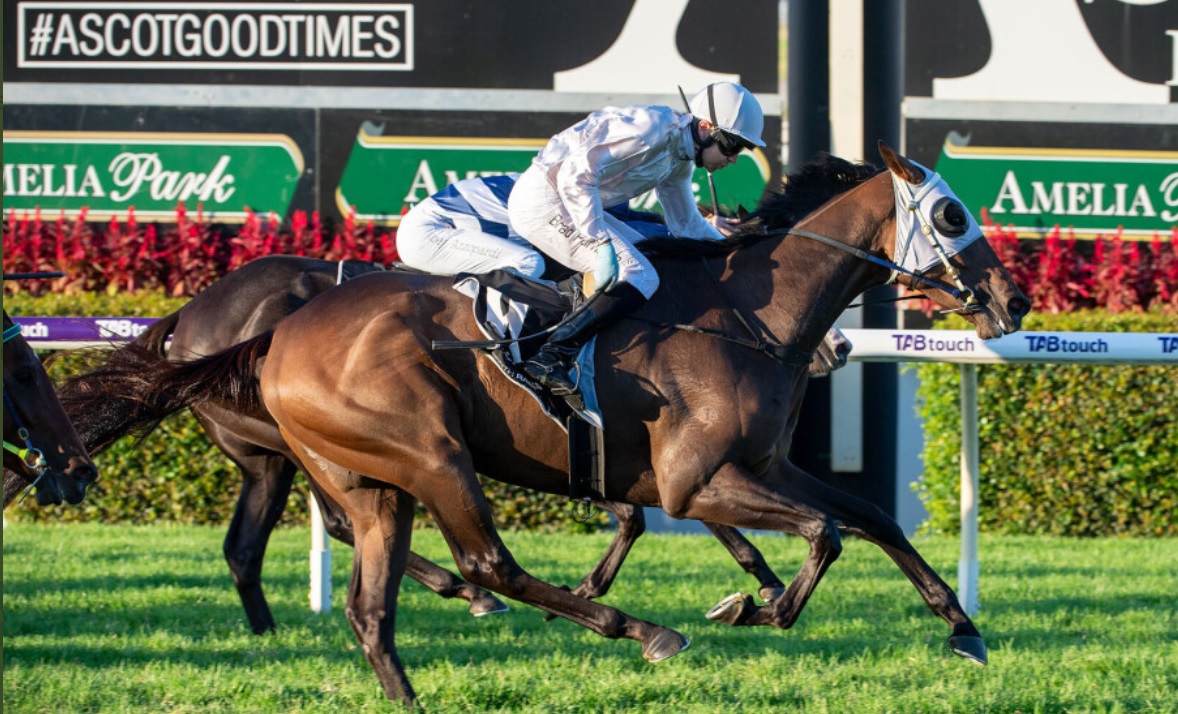 Miller had already put plenty of work into General Grant (Photo / Western Racepix) before the Belmont win and is on record as saying the gelding keeps himself fit and will stay the 2200 metres of the Kal Cup.

“He’s on the minimum and can really rally once he gets travelling.  Brad (Parnham) knows the horse and he will measure up as long as he handles the track.”

All American can sire a running double to open the Hannans Handicap meeting on Thursday with Edward’s Choice ($2.60 fav) in the Statewide Oil Maiden (1100m) and Mack Mack ($2.40 fav) in the Barnicott Plumbing Maiden (1400m).

The Geisel Park stallion will be doing punters a favour after his mare All Metal blew them away at $26 in the Quayclean Hcp (1200m) at Belmont last Wednesday.  Formerly trained by Dan Morton, she’s was breaking a run of outs going back to the 2021 carnival in Broome.

Now with owner-trainer Tonia Stampalia at Gnangara, All Metal ran her rivals ragged in the final leg of the quaddie under a bold front-running ride by Victoria Corver.  “She’s improving each prep and is in a really good spot working, eating and getting stronger,” Stampalia said.  “I told Victoria to keep rolling and make them chase her.  Now it’s given me pins and needles all over!”

All Metal (5m All American – Metallica by State City) was bred by Stan Quinlivan and changed hands for $6,500 at the 2021 Inglis September (Early) Online Sale.  She goes back five generations to Heytesbury Stud mare Silver Smile (Silver Knight) who has 15 black-type winners under her name on the catalogue page.