The Ash Maley-trained gelding pulled his way to the front approaching the home turn in the Perth Racing Club Membership Hcp (2000m) but didn’t do himself any favours ducking in at the furlong.

Gathered up by Shaun O’Donnell, he knuckled down after being headed by Crescent City (Fiorente) to score by a long neck.  “I thought the other horse had me but he found enough courage to fight back and win,” O’Donnell said.  “It was a great effort by the horse and by Ash to back him up today.” 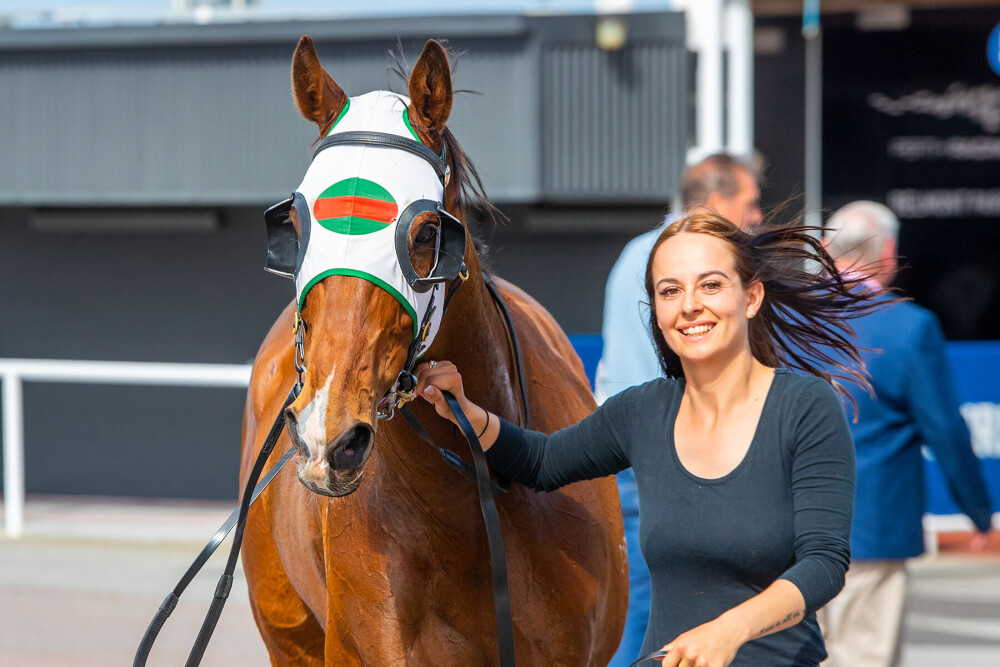 Axel ‘R’ Eight (Photo / Western Racepix) is a homebred for a partnership managed by Ian Rothnie of Pinjarra Thoroughbreds.  He’s the only winner from Axes ‘N’ Taxes (Mossman) and his USA-bred third dam Stave (Navojo) was a Stakes winner in Kentucky, Louisiana and Illinois.

Gingerbread Man’s progeny have earned $502k this season which is only bettered by Playing God ($557k) in Western Australia.

Trainers Grant & Alana Williams just missed out with Crescent City but they can square up with Coming Around in the $150,000 Hannans Hcp (1400m) in Kalgoorlie on Thursday.  The Gingerbread Man gelding was an encouraging third in the Jolly Beggar Stakes (1000m) when resuming from a spell at Belmont earlier this month.

In five second-up outings, Coming Around has won three times and been runner-up twice.  A homebred for Paul Ramsay, he won the Ballarat Gold Nugget and was also successful at Flemington during an extended Victorian campaign in 2020.