Mogumber Park champion Safeguard joined Patronize and Trade Fair (GB) on top of the WA sires’ table for winners with a Northam double on September 1.

The trio have sired 7 individual winners one month into the new season.  Safeguard 3yo Leniency opened his account at Belmont on Wednesday before Cosmopolitan Girl and Surveillance were successful in the Avon Valley on Thursday. 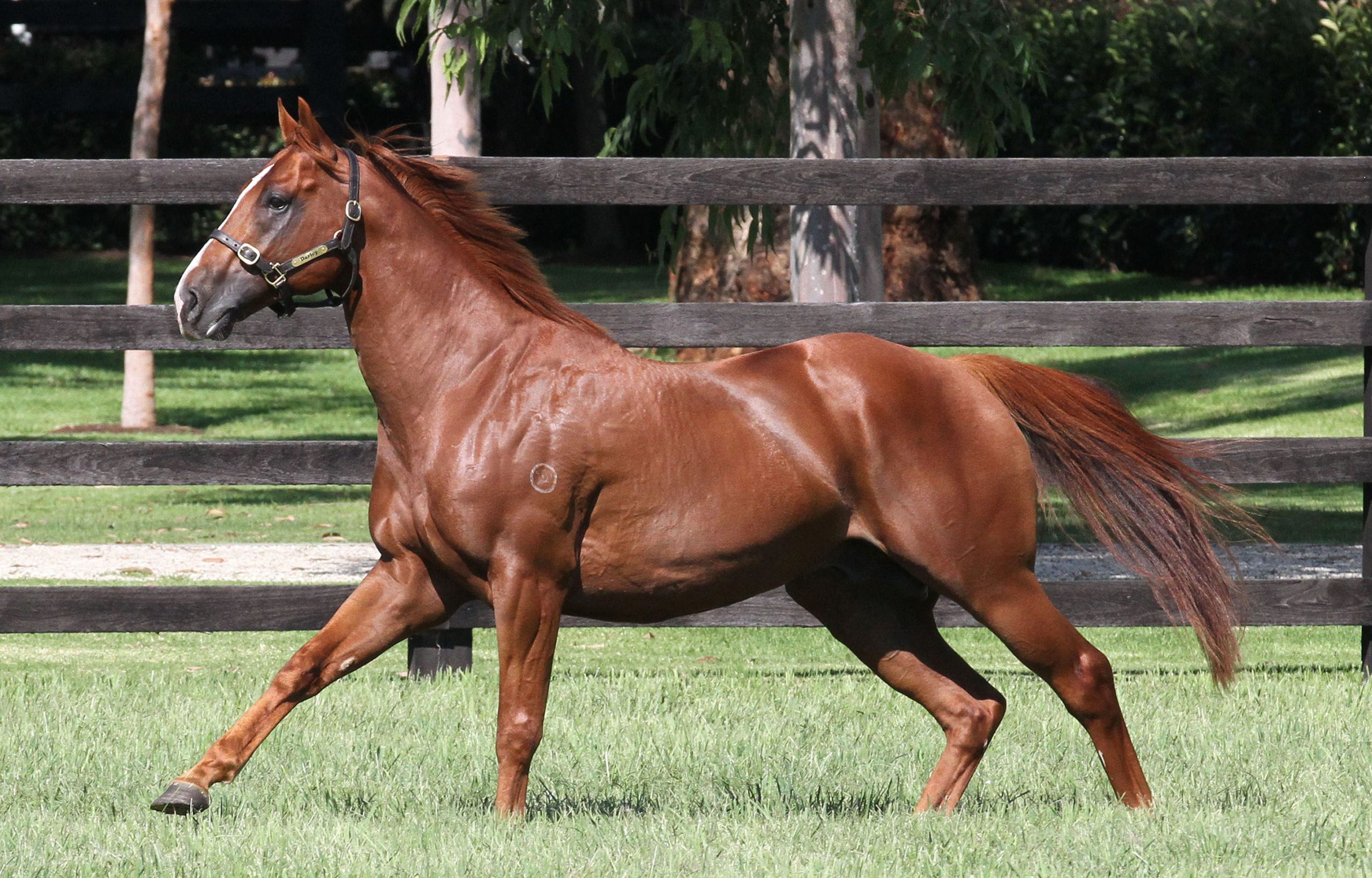 The early figures from Safeguard (pictured) are a revelation given Patronize and Trade Fair are represented by eight more crops.

Leniency started a $2.70 favourite in the Free Entry To Belmont Hcp (1300m) following an eye-catching second to Sisu Warrior (Gold Standard) on debut a fortnight ago.  He sat outside the speed and sprinted clear in the straight to score by a length and a length from Aiyza (Al Maher) and Fortune’s Luck (Safeguard).

Wednesday’s win also gave Colin Webster an outright lead on the WA trainers’ premiership with five winners.  “His first-up run was enormous on a Heavy 10,” Webster declared.  “He was only nailed in the last few strides and was game in defeat.  We were very happy and came here pretty confident.”

Jockey Troy Turner was equally impressed especially as Leniency was conceding 4kg to the runner-up who had won at Ascot in March.  “He faced the breeze today but was suited by the firmer going.  He’s still a prep away but is already getting the job done.”

Leniency was bred and sold by Namerik Thoroughbreds to John Chalmers Bloodstock for $35,000 at the 2021 Perth Magic Millions.  He was purchased on behalf of a partnership managed by Glen Forrest and the midweek win was worth $17,810 in prizemoney plus $19,250 in Westspeed Platinum Bonuses.

His dam Never Guilty (Favorite Trick) has now foaled 6 winners from 7 to the races.  She’s a half-sister to G2 Todman Slipper winner Justice Prevails and was purchased off the track by Namerik owner Alan Bansemer from Hunter Valley-based Amarina Farm.

Mogumber Park’s Colin Brown reports Safeguard started the serving season with great enthusiasm on Thursday.  “He covered Leniency’s dam Never Guilty as well as Moet’s Secret (Scissor Kick) who is a half-sister to Eric The Eel.”

Eric The Eel (Olympic Glory) was Group 1 placed in the 2020 Australian Derby (2400m) at Randwick and races as Tourbillon Diamond in Hong Kong.  He was last seen winning the G3 Premier Plate (1800m) at Sha Tin in June following an earlier victory in the G3 SA Ladies’ Purse Hcp (1800m).  To date, his earning are the equivalent of AUD3.47 million for clients of trainer Danny Shum.

Safeguard (Exceed And Excel) was Champion WA 2YO sire and First-Season sire in 2018-19 and his current winners-to-runners strike-rate is an outstanding 70%.  He stands at Mogumber Park in Bullsbrook for $4,400 alongside Rommel (Commands) at $7,700.  Both fees (inc GST).