Wolfe a fan of Gingerbread Man

Trainer Steve Wolfe was already a fan of Yarradale Stud sire Gingerbread Man when he bought Ginger Green for $50,000 at the 2019 Perth Magic Millions.

One of Wolfe’s buys at the 2018 Yearling Sale had been another $50,000 Gingerbread Man offered by Western Breeders Alliance (as agent) for breeder Ellie Giles.  Subsequently named Red Can Man, he had put the writing on the wall with a half-length second to top filly Miss West Coast on debut at the Ascot Australia Day meeting in 2019.

“We’ve got a lot to look forward to with this one,” Wolfe accurately predicted.  “He’s the real deal.” 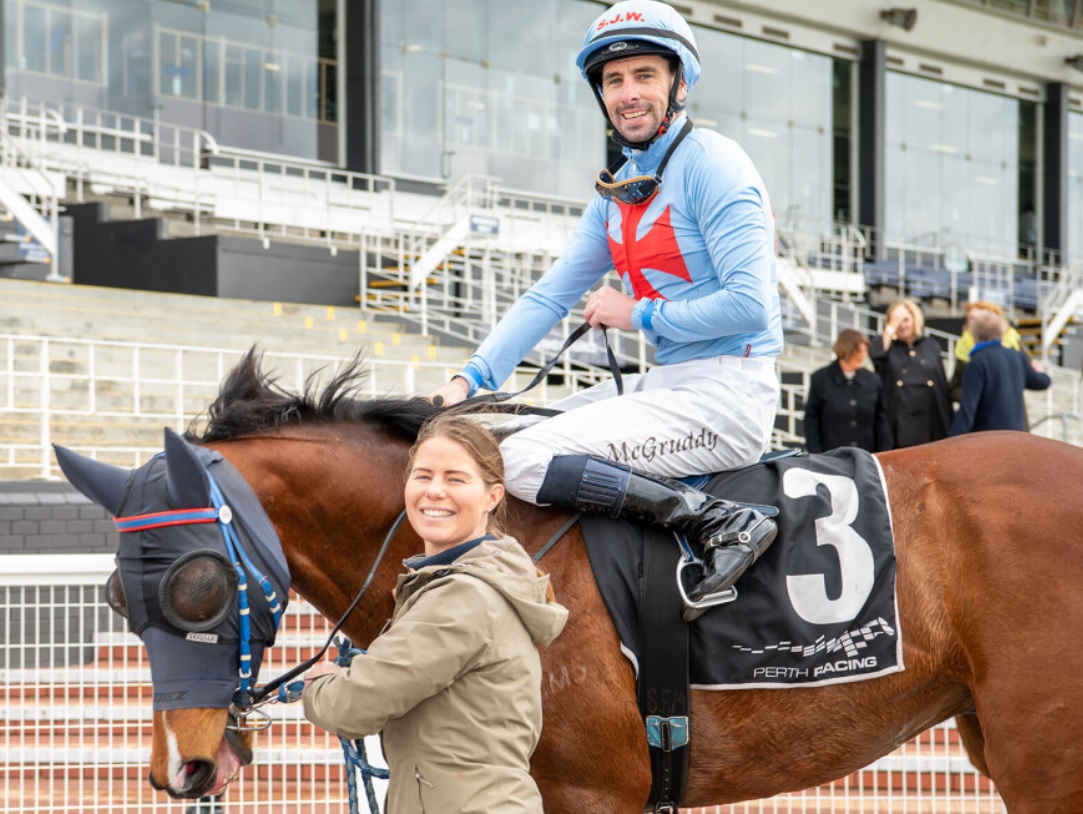 A month later, Ginger Green (Photo / Western Racepix) became a member of team when offered by Bellbridge Park at the first Swan Valley Sale and, although not in Red Can Man’s league, he scored for the fourth time in 17 starts on Saturday.

Commercial Bloodstock’s Noel Carter successfully bid on both youngsters (as agent) and kept a share in both syndicates.  “That was a great result for everyone connected with Ginger Green,” Wolfe said after watching him drive through a gap for a narrow victory in the Amelia Park Plate (1300m).

“He’s doing a remarkable job for a horse who was pretty much retired last year.  There were problems with one of his back legs and they said he wouldn’t race again.

“He’s no super-star but is doing a real good job and it was a peach of a ride by (Shaun) McGruddy.”

Ginger Green is the fourth winner from as many to race from Miss Margene (Flying Spur) following Chatter Session (Sessions), Cocky Dodd (Galah) and Kentucky Blue (Snippetson).  She has a yearling filly by Universal Ruler.

Gingerbread Man (Shamardal) is currently in third place on the WA sires’ premiership behind Darling View stallions Playing God and Patronize.  The top of the table would alter markedly this Saturday if Red Can Man wins the $300,000 Bobbie Lewis Quality (LR, 1200m) at Flemington.