Ginger Green added his name to the recent roll-call of Bellbridge Park-bred winning graduates with a narrow victory in the Amelia Park Plate (1300m) at Belmont on Saturday.

Ginger Green (Gingerbread Man) was bred and sold by Bellbridge Park’s Michael and Siobhan Campbell for $50,000 to trainer Steve Wolfe at the 2019 Perth Magic Millions.  He descends from a family that has been mainstay at the Myalup nursery for generations going back to Group 1 winners Rogan Josh (VRC Melbourne Cup) and Machine Gun Tom (WATC Railway Stakes).

Belmont specialist Nerodio (Playing God) was foaled at Bellbridge and scored his 11th win at the winter track in LR Belmont Newmarket (1200m) on August 13.

Galah gelding Dance Cockey also weighed on the Pearl Coast with an all-the-way victory in the Broome Sprint (1300m).  Bellbridge sold him for $24,000 at the 2018 Perth Magic Millions and his dam Korenica (Trade Fair) is another immediate member of its famed Group 1-winning family.

Last month was also a time to remember and celebrate the career and life of Rogan Josh.  He died in June aged 30 and Living Legends arranged one last visit to Flemington on August 18 before his ashes were laid to rest in its Memorial Gardens.  His long-time paddock mate Apache Cat joined the memorial which included stirring bagpipe renditions.

Rogan Josh (Old Spice) was bred in Capel by Tom and Marc Forrest, the father and brother of his owner Wendy Green.  He was initially trained by Colin Webster to win the 1998 Pinjarra – Bunbury Cup double before transferring to Bart Cummings for a triumphant victory in the 1999 Melbourne Cup.

“Rogan Josh has run his last race,” Green lamented.  “It’s really sad but his health had started to go downhill and it was time.”

Living Legends posted a moving farewell to his many fans from around the world.  “All at Living Legends are heartbroken.  Josh is crossing the rainbow bridge to join Bart Cummings and his jockey John Marshall.  A very kind horse who touched many hearts.” 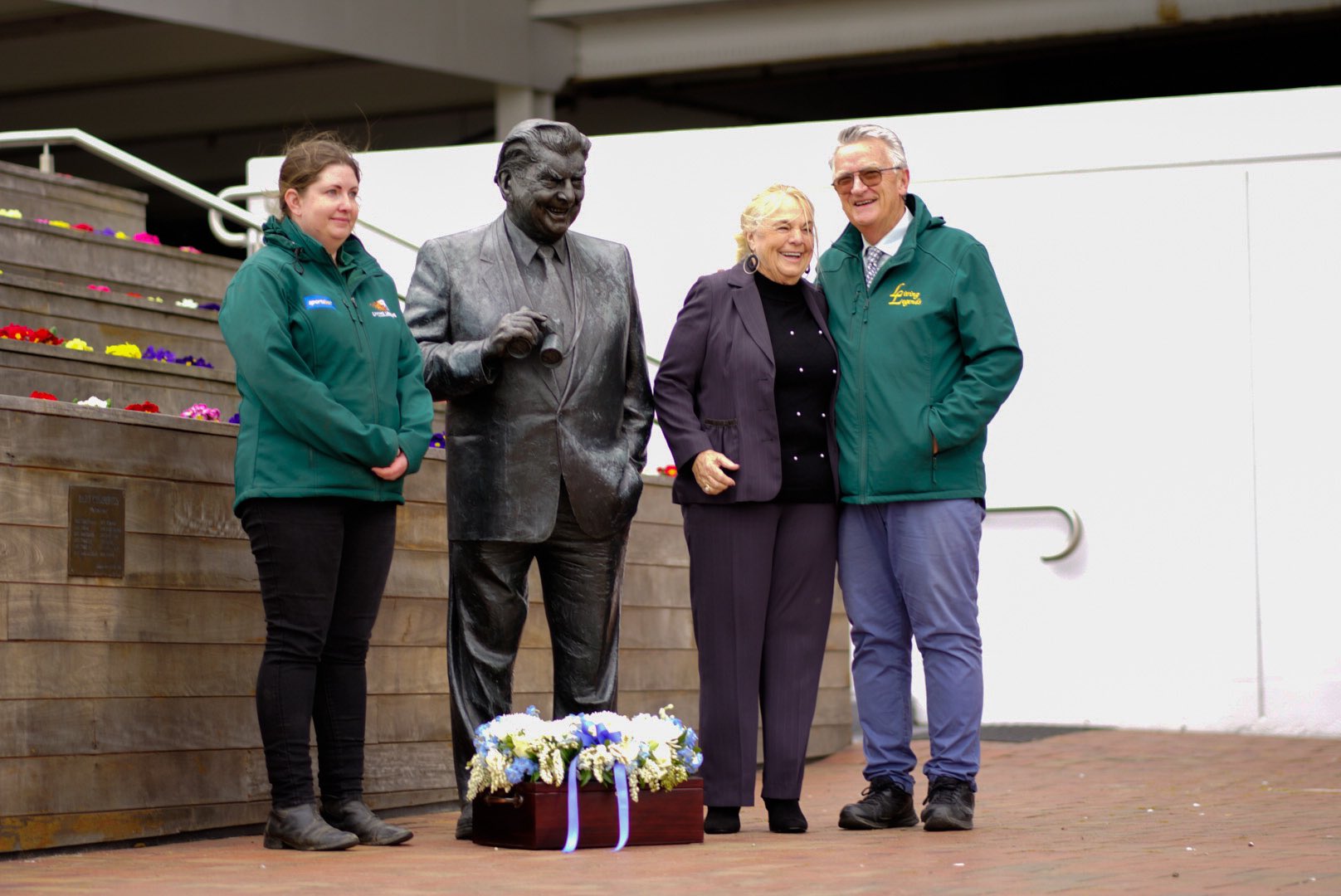