Class came to the fore when unbeaten filly Amelia’s Jewel bloused out the boys in the LR Belgravia Stakes (1200m) at Ascot on Saturday.

Perth has its best 3yo division for years and Amelia’s Jewel reigns supreme going into the Pinnacles Carnival.  The TAB confirmed that rating when firming her into a $5.50 favourite for the Group 1 Northerly Stakes (1800m) at Ascot on December 3.

Amelia’s Jewel (Photo: Western Racepix) took the length of the straight to run down Man Crush (Manhattan Rain) and Snowdome (Rommel) in the Belgravia but she clocked a faster time (1: 09.52s) than her G2 Karrakatta Plate victory in April. 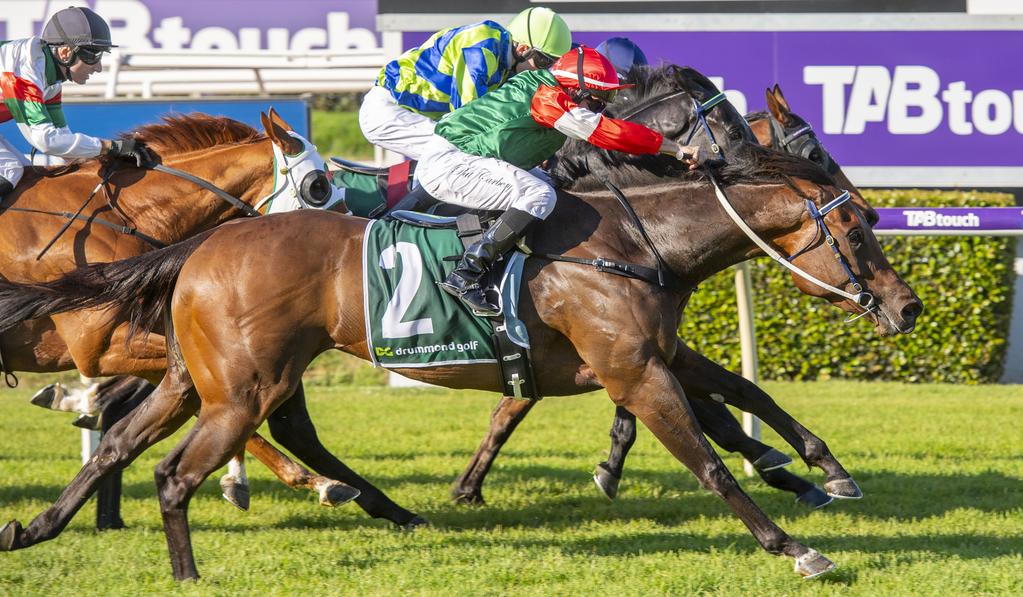 “Since coming back from the farm, her only proper gallops have been in two trials at Belmont,” trainer Simon Miller revealed.  “I’ve been letting her live my lifestyle so she will pull up big after that run.”

Amelia’s Jewel will return for the LR Burgess Queen Stakes (1400m) on Tuesday, November 1 and her dress-rehearsal for the Northerly Stakes will be either the G3 Champion Fillies (1600m) on November 12 or the G2 WA Guineas (1600m) the following Saturday.

Amelia’s Jewel is a homebred for Amelia Park owners Peter and Annie Walsh.  They bought her Irish-bred dam Bumbasina for 75,000gns (AUD 140,000) at the 2018 Tattersalls July Bloodstock Sale and then sent her to Haras de Bonneval in Normandy where she was covered by Siyouni (Fr) to southern-hemisphere time.

Bumbasina (Canford Cliffs) has a 2yo colt named True Heroes (Merchant Navy).  He was purchased by Wally Daly for $160,000 at the 2022 Perth Magic Millions and will given time to fully develop by trainers Sean & Jake Casey.

“Her yearling is a colt by Blue Point (Ire) and he has been entered for the Gold Coast Magic Millions in January,” Amelia Park Racing Manager Sharon King said on Monday.  “Peter sent Bumbasina back to France in March and she’s in foal to Siyouni to southern-hemisphere time.

“A decision on whether she stays there or comes back home will be made early next year.”