Scenic Lodge sire Snippetson has Sniparoochy bursting to return from a spell for the Pinnacles Carnival on the back of a brilliant Lark Hill trial win last Monday.

Featherweight (Photo / Western Racepix) is another Snippetson 4yo gearing up for a summer campaign, albeit a few levels below the mare, after he scored a sizzling first-up victory on Saturday.  The Dan Morton-trained gelding burst through a gap off a red-hot tempo to take the PKF Hcp (1200m) running away at Ascot. 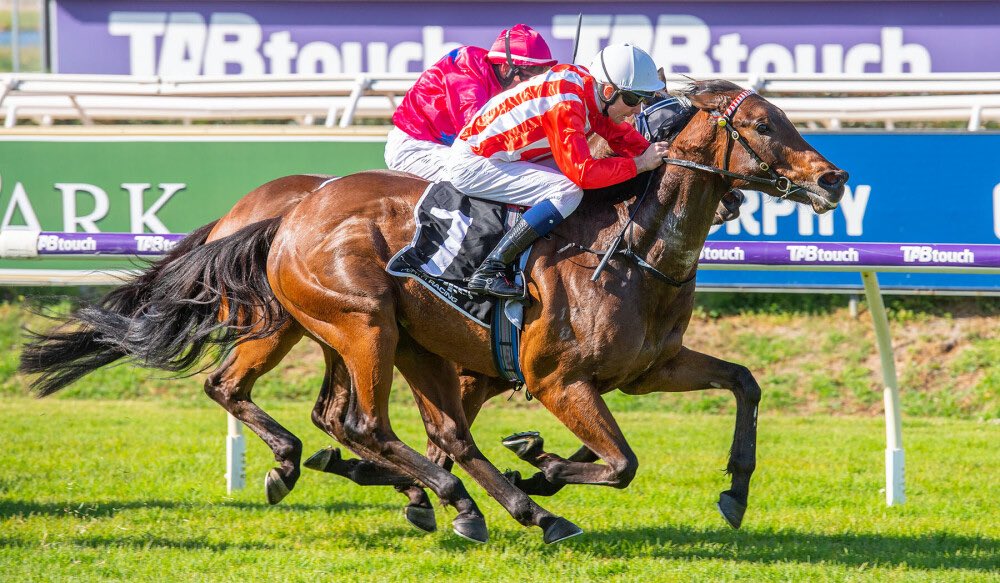 He led home a Scenic Lodge-sired trifecta from Above The Peg (Blackfriars) and Universal Pleasure (Universal Ruler) with a final 600m (34.72s) that was faster than Amelia’s Jewel’s sectional in the LR Belgravia Stakes (1200m).

“He’s a lovely horse and came here without a trial so will keep improving in ratings races this prep,” Morton said.  “We’ve had a shaky start to the Ascot season and hopefully that helps build our momentum during the carnival.”

Saturday’s win, his fourth in 14 starts for a syndicate managed by Morton’s wife Carol, improved his earnings to $302,950 boosted by Westspeed bonuses of $117,150.

Featherweight (4g Snippetson – Prime Knockout by Mossman) is a half-brother to LR Ascot 1000 Guineas winner Like A Butterfly (Blackfriars) and was sold by Scenic Lodge for $45,000 at the 2020 Perth Magic Millions.  Last Saturday’s Ascot winner Laced Up Heels (Toronado) is another close relation.

Prime Knockout has a 2yo Star Witness colt with Ascot trainer Russell Stewart and a yearling colt by Universal Ruler.

Morton praised Chris Parnham as he brought Featherweight back to scale.  “The pattern was favouring speed horses on the rail.  Chris said he wasn’t necessarily going to go forward but he was sticking close to the fence.  He bided his time and tracked the favourite through on the inside.  It was a super-smart ride.”