River Beau will be backing up off a seven-day break when he has another crack at the LR Crawford Stakes (1100m) at Ascot this Saturday.

The Snippetson sprinter was a first-up winner of the Schweppes Hcp (1000m) with the benefit of a rails run last Saturday but there won’t be any favours now that he’s stepping up to Stakes company.  “I got two trial trials into him and that made a big difference,” trainer Bruce Watkins said.  “He had one setback after another last season but everything’s gone to plan this prep.

“I don’t run him during winter, either.  His whole family just don’t go unless they’re on top of the ground.  I gave him one start at Belmont and he ran last. 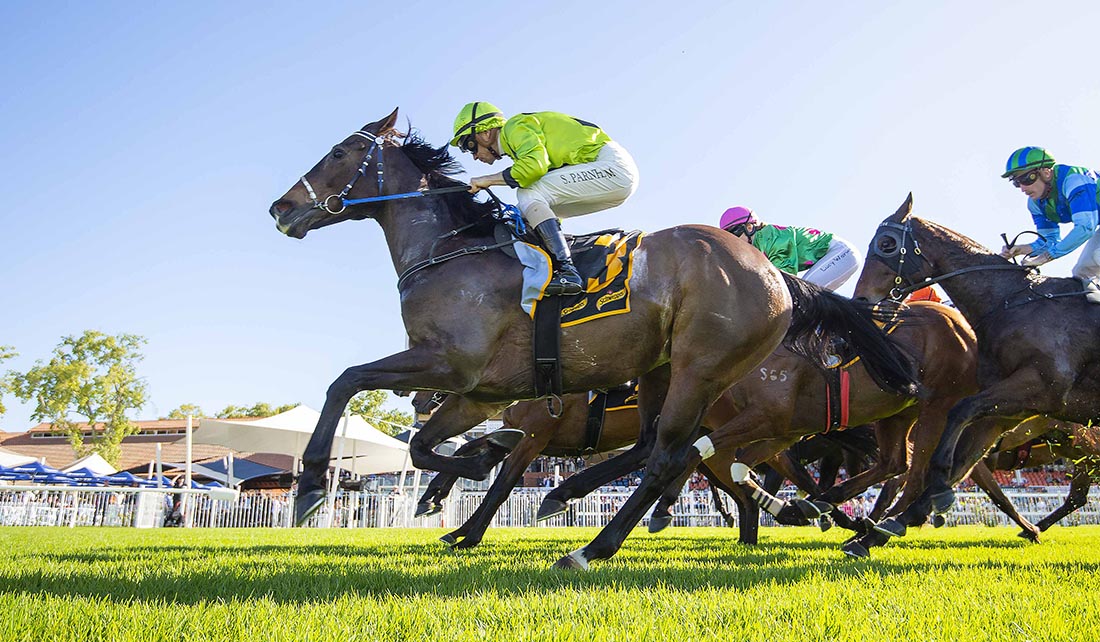 “Today was the race for him but it will be tough placing him now.  He goes 1100 metres max and the only suitable race coming up is black-type.”

River Beau (Photo / Western Racepix) was only beaten two lengths and change behind Elite Street in last year’s Crawford and he does have form on quick turnarounds.  At Ascot’s Good Friday meeting in 2020, he came off a six-day break to win the Amelia Park Hcp (1000m).

His victory last Saturday completed a Snippetson double after the earlier win of Tinsnip and the Scenic Lodge stallion will have Gemma’s Son lining up against River Beau this time.

Gemma’s Son will endeavour to ignite his Group 1 Winterbottom Stakes campaign for trainer David Harrison.  He is Snippetson’s leading WA-bred earner with $870k in prizemoney and Westspeed bonuses.

Peggie’s Louise delivered River Beau first-up and her latest two foals have been fillies by Maschino.  Watkins’ wife Liz now owns the mare and sent her to Playing God on a late cover last year.