Bustler bolts in for Playing God

Bustler propelled Playing God to the top of the WA sires’ premiership with a $73,580 pay-day in the Crown Promenade Hcp (1200m) on opening day at Ascot

His connections banked $32,880 in prizemoney and $40,700 from Westspeed Platinum for the first-up victory on Saturday.

Bustler (3g Playing God – Cosmah Domination by Oratorio) is unbeaten after winning a late-season Belmont nursery in July and he will now embark on a G2 WA Guineas campaign with stablemate Snowdome (Rommel). 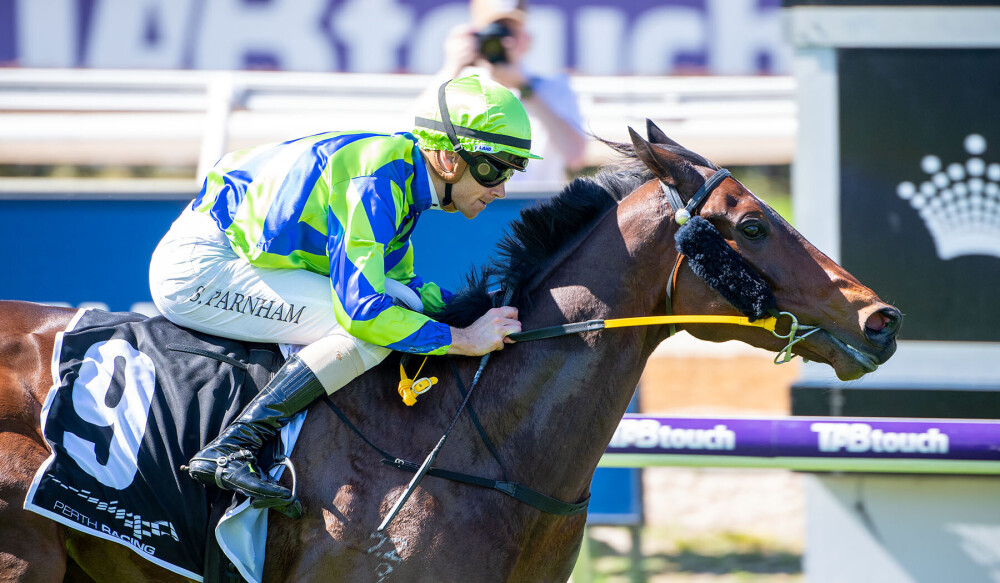 “I’m not sure about the quality of the horses he beat today but we couldn’t have asked for anything more,” trainer Neville Parnham said after Bustler bolted in for his son Steven.

“He’s always shown us plenty of ability but had been held-up going shin-sore.

“He’s not screwed down yet and will gain a lot from today’s experience.  He’s an athlete and will be better suited racing off the pace.  Steven couldn’t see a lot of speed in today’s race and decided to go forward instead of being caught up in traffic.

“He ran right away from them and should run a mile looking ahead to the WA Guineas.”

Parnham bought Bustler for $130,000 from Ruby Racing & Breeding at the 2021 Perth Magic Millions.  Ruby’s Rod O’Bree kept a share in a partnership that includes Parnham and Ridgeport Holding’s Santo Guagliardo.

Bustler’s 2yo half-brother A Lot Of Good Men (A Lot) was placed on debut in the Initial Plate (1000m) on Saturday and their dam had foaled a Playing God filly last month.

Playing God ($626,054) heads the WA Sires’ premiership from Blackfriars ($621,878).  Those figure do not include Westspeed bonus payments from the weekend – they had yet to be added by Arion Pedigrees on Tuesday morning.

WA Stallion and WA Breeder tables will now be updated every week on the TBWA home page.