Bustler rated the best by Parnham

Trainer Neville Parnham wasn’t caught up in the moment when he stated Bustler might be the best horse in his stable after the Amelia Park Hcp (1200m) at Ascot on Saturday.

Parnham has always been careful not to get too carried away on raceday and his was a considered opinion after the Playing God 3yo swept aside older horses to keep his unbeaten record intact. 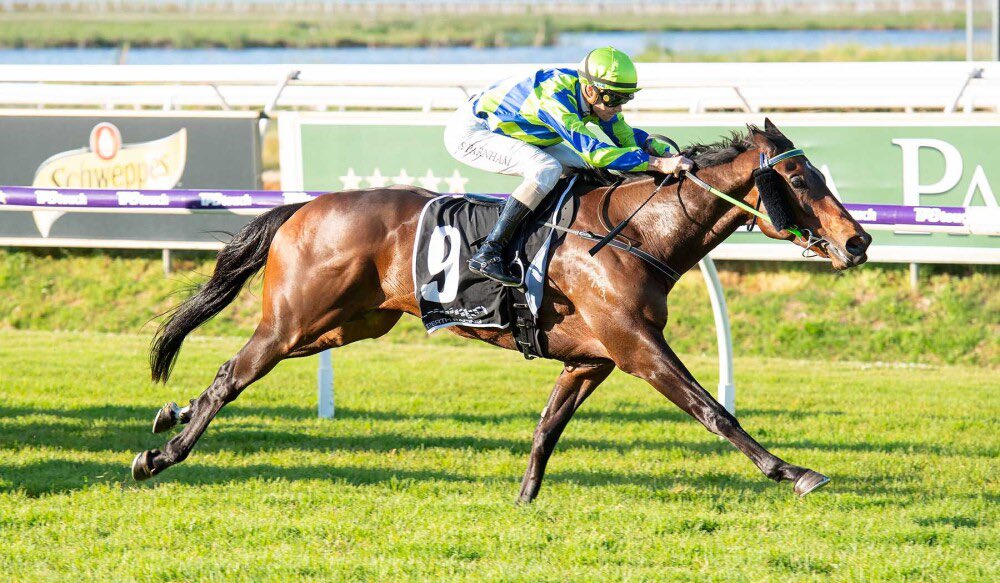 “I’ve always had a pretty good line on him.  He put them away today (Photo / Western Racepix) and I think he would have made his presence felt in the Belgravia Stakes.  He’s an athlete and should run a strong mile.”

Bustler (3g Playing God – Cosmah Domination by Oratorio) and stablemate Snowdome (Rommel) will use the LR Fairetha Stakes (1400m) on November 5 as a final lead-up to the G2 WA Guineas (1600m) on November 19.

They both race in the blue and green silks of leading owner Santo Guagliardo and share the second-line at $5 for the WA Guineas behind Amelia’s Jewel ($2.80).

That market could change dramatically if the favourite runs in the G3 Champion Fillies instead of the WA Guineas.

“My two will have to line-up against each one day and I have the utmost respect for Snowdome,” Parnham added.  “He ran a really good race in the Belgravia and is looking for more ground.”

Bustler can fill a gap in Playing God’s CV in the WA Guineas.  Parnham prepared the Darling View stallion to win the 2010 WA Guineas and he’s already sired the winners of a G1 Kingston Town Classic, G2 Karrakatta Plate and G2 WATC Derby

Parnham’s top-class filly Kay Cee has come closest so far with a half-length second to War Saint in 2019.

Bustler cost $130,000 from Ruby Racing & Breeding at the 2021 Perth Magic Millions.  Ruby’s Rod O’Bree kept a share in the partnership and Saturday’s win was the first-leg of a Playing God double for the O’Bree family.

On Monday, they welcomed a Playing God – Hazel Hellraiser colt at Kojarena.  The dam is an unraced half-sister to Old Fashion (Metal Storm) who was a Group 1 winner of the 2002 Railway Stakes (1600m).

“He’s a full brother to the colt we sold to Hayden Ballantyne for $130,000 at this year’s Perth Magic Millions,” O’Bree said.  “There’s a bit of class and leg about this boy!”