Mack Mack back for hat-trick at Ascot

Dion Luciani has a bit of time for the progeny of Geisel Park Stud sire All American having trained his first two locally-bred winners at Ascot – Our Danni & Too Spicy.

Luciani also prepares All American 3yo gelding Mack Mack and he’s back at Ascot for the Amelia Park Hcp (1800m) on Tuesday.  He’s also on a hat-trick after paying his dues at shorter trips over 1400m and 1600m in Kalgoorlie.

“Dion told us the All Americans were a pleasure to train,” Geisel Park manager Conor Dunlop said.  “He sent Mack Mack up to the Goldfields and, apart from teaching him how to win, it’s helped him mature and toughen up for a return to city racing.”

He had been runner-up to Amelia’s Jewel in a Lark Hill 2yo trial in February and then finished fourth (to Capricorn Man) and third (to All The King’s Men) at Ascot before going for a spell.

Mack Mack is the second winner from two to race for Miss Chloetamash (Sebring).  She brings stamina to the pedigree going back to her third-dam Hasty Departure (Red Anchor) who won a WA Oaks (2400m) when it was a Group 1 in 1989. 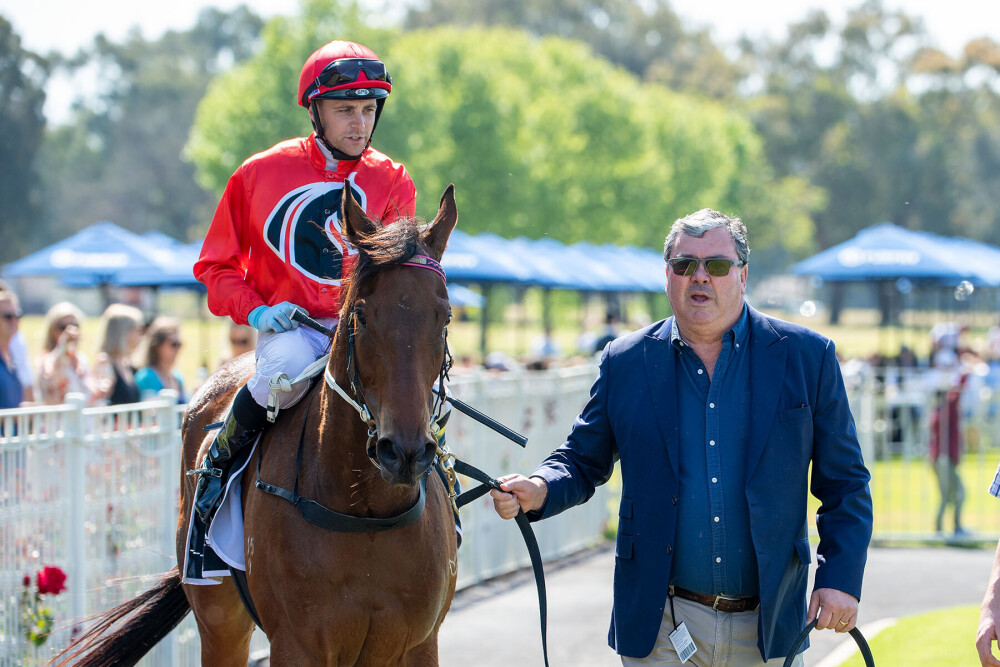 Geisel Park’s last-start Ascot winner Laced Up Heels has been tasked with lining up against $1.60 favourite Amelia’s Jewel in the LR Burgess Queen Stakes (1200m) on Tuesday.

Laced Up Heels (Toronado) has firmed into $6 on the back of a couple of pleasing early-morning gallops and she will be partnered by Chris Parnham who takes over from his brother Brad.  She was a $100,000 buy for Geisel Park owner Eddie Rigg at the 2021 Inglis Melbourne Premier Yearling Sale

Her dam A City Girl (Exceed And Excel) also has a perfect record at stud as well as coming from a successful WA family.

Her third-dam Prime Again (Marooned) won the G2 WA Champion Fillies Stakes in 1993 for owner-breeder Dallas Dempster.  “She is spot on and I’m really, really happy with her,” trainer Luke Fernie said.  “Her work has been super and she’s well above average.”

Laced Up Heels is a stablemate of Manhattan Rain 3yo Man Crush who was nosed out of the LR Belgravia Stakes by Amelia’s Jewel at Ascot on October 22.