Admiration Express gave her sire My Admiration his most prestigious win to date in the G3 WA Champion Fillies Stakes (1600m) on Saturday.

The grey filly was a maiden going into Ascot’s spring grand-final for 3yo fillies but emerged with an enhanced reputation and bank account for trainer Jason Miller and a large syndicate after the $300,000 event.  They had bought her for $60,000 at the 2021 Perth Magic Millions. 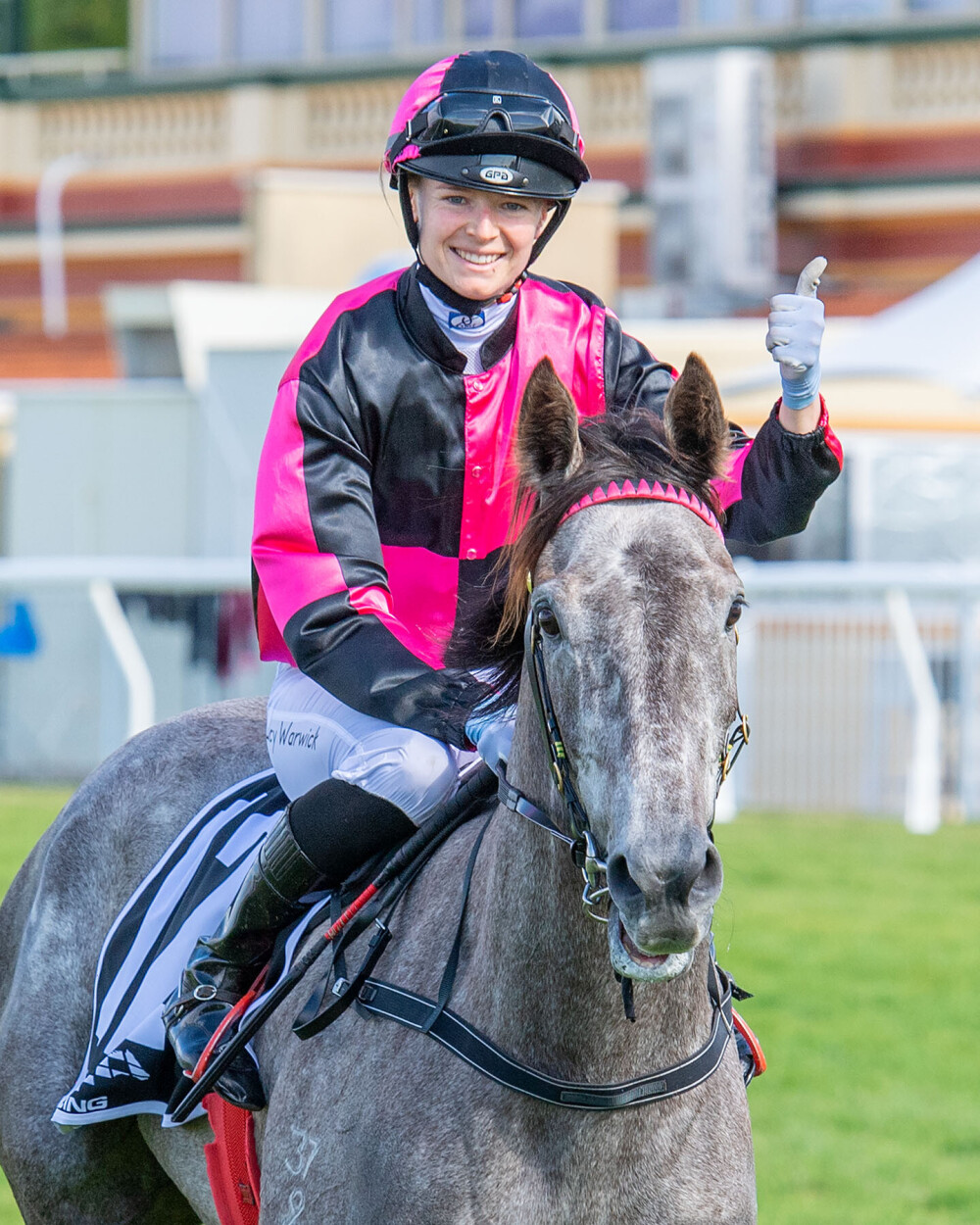 Admiration Express (Photo / Western Racepix) levelled up to the leaders in the straight for Lucy Warwick and then safely held hot-favourite Laced Up Heels (Tornado) who was fresh from a victory over Amelia’s Jewel in the LR Burgess Queen Stakes.

“I’ve got a lot of time for this filly and she should have won here at her last start,” Miller said.  “There’s stamina going back in her pedigree and she was strong through the line today.”

My Admiration stands at Westbury Park between Pinjarra and Coolup and his stud career is drawing parallels with Alwyn Park’s successful stallion Maschino.  They’re both Stakes winning sons of Champion Australian sire Encosta de Lago from mares by Redoute’s Choice and have done it the hard way off modest books to rise up the WA sires’ premiership.

Maschino had a head-start on My Admiration at stud and he will cover over 100 mares this season.

Bansemer sent another four mares to My Admiration this season and Westbury Park is still taking late-season bookings at a $4,400 (inc GST) fee.

Earlier on Saturday, Westbury Park owners Phil and Lindy Ibbotson were more than pleased watching the winning debut of Fire Lane (Hellbent) in the Max Lees 2YO Classic (900m) at Newcastle.

They bought her dam Heritage Lane (Charge Forward) from Yarraman Park for $70,000 at the Inglis Australian Broodmare Sale in May.  She was back in foal to Hellbent and foaled a full-sister to Fire Lane in August.

Trainer Brad Widdup admitted Saturday’s race was probably a week early for Fire Lane.  “It wasn’t ideal but she’s a straightforward filly and has a good head on her shoulders.  Obviously, she will keep developing and hopefully qualifies for the Magic Millions 2YO Classic in January.”

Phil Ibbotson reports her sister is a good type of foal and there was more good news recently when Heritage Lane returned a PPT to Widden Stud’s G3 San Domenico Stakes winner Anders (Not A Single Doubt).