Searchin’ for a drought-breaker in Railway

It’s been a decade since a WA-conceived galloper won the G1 Railway Stakes (1600m) but TABtouch favours Alaskan God (Playing God) and Trix Of The Trade (Trade Fair) to end the drought this Saturday.

TABtouch has Alaskan God heading its market at $4 ahead of Trix Of The Trade ($5).  The only other starter in single figures is Karli’s Karma ($6.50) who is a daughter of Hunter Valley-based Newgate Farm sire Deep Field.

Since then, the only locally-conceived winner of the Railway has been Mr Moet in 2012.  He was a homebred for Harold Smith and was trained by an exuberant Adam Durrant who gave the media a memorable quote in the excitement of the moment.  “I’m very proud of Mr Moet.  He’s lethal when right and I backed him early at 150-1.”

His sire Mosayter (Storm Cat) was based in Coolup at Fairfields Stud and nearby Waterford Stud before transferring to NSW.

Mr Moet’s dam Marlock Miss (Karioi Star) hailed from a WA family going back to class filly Shah-Anne (Speak Low) who was owned and trained by Mick and Lois Taylor.  She scored a career-high victory in the 1983 WA Sires’ Produce Stakes when ridden by their apprentice son Jim Taylor.

Fast-forward 40 years and Taylor is plotting to win Saturday’s Railway with the help of his children Brittany and Lochie.  He trains Searchin’ Roc’s who is another local hope for her owner-breeders Rob and Heather Grant. 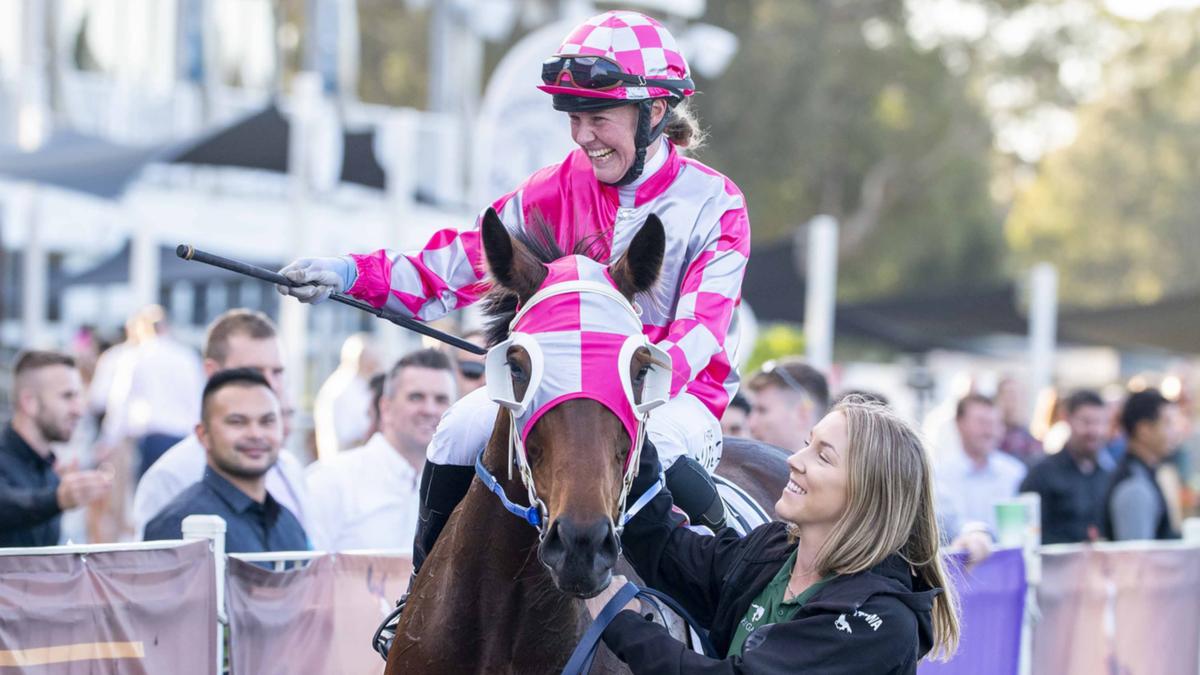 Searchin’ Roc’s (Photo / Western Racepix) is a first-crop daughter of Gold Front sire Awesome Rock and is on the fifth line at $13 with TABtouch.  She will be coming off a seven-day break from winning the G3 R J Peters Stakes (1500m) and has drawn ideally this Saturday.

Nevertheless, an inside gate will be irrelevant if she reverts to her old ways as a barrier rogue.

“It’s been a challenge getting her in a good head-space and Brittany and Lochie have been a big help,” Taylor said.  “Having both kids along for the ride has shown them what you can do with a good horse if you put your mind to it.

“She was with David Harrison and he did a brilliant job but the owners said she was going east if I turned them down.  We put her through the gates twice a day and the barrier boys worked with us all the way.

“She’s quiet at home but it’s a different story in front of big crowds.  We keep her out the back for as long as possible to avoid the hype and raceday nerves.  I also rang Jeff Martin who’s an expert and he said a blindfold should do the trick behind the barrier.

“The only proviso when she changed stables was that Kyra Yuill retained the ride.  Kyra has been with Searchin’ Roc’s from the start and she’s a little bit like me when I was a jockey.  I would get on bad horses and she knows all about that riding for her Dad (Graham) who is a top breaker.”