Trainer Simon Miller has commenced mapping out a Melbourne campaign for Amelia’s Jewel following her current prep in The Pinnacles at Ascot.

A homebred for Amelia Park’s Peter and Annie Walsh, she defeated the colts in the G2 WA Guineas (1600m) on Saturday and is a $3 pre-post favourite for her first weight-for-age assignment in the G1 Northerly Stakes (1800m) on December 3. 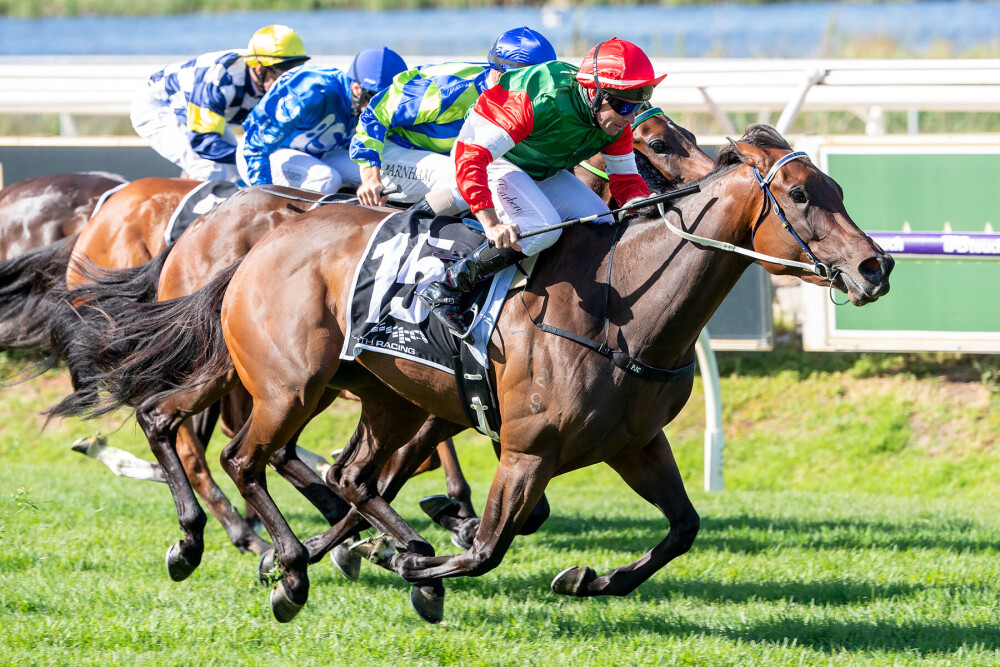 Amelia’s Jewel (Photo / Western Racepix) is the first horse to double up in the G2 Karrakatta Plate – G2 WA Guineas since Rare Sovereign (Beau Sovereign) in 1978.

Miller has pencilled in the $5 million All-Star Mile (1600m) at Moonee Valley on Saturday, March 18 as a likely autumn target.  “You’ve got to give serious consideration to the All-Star Mile,” the former Victorian handler said on Monday.  “The only reason we didn’t go over to the Melbourne spring carnival was we didn’t know her pet distance.

“Even now, she’s always spearing through the line in her work at home and at the races.  She gets a mile so we can tick that box and hopefully she gets out to 1800m in the Northerly.”

Amelia’s Jewel (3f Siyouni – Bumbasina by Canford Cliffs) has earned $838,100 including Westspeed Platinum bonuses of $47,300.  Her only defeat in six starts was an underdone second to Laced Up Heels (Toronado) in the LR Burgess Queen Stakes (1400m) on November 1.

She was born and reared at Segenhoe Stud and the Hunter Valley nursery is prepping her yearling half-brother by Darley sire Blue Point (Lot 690) for the Gold Coast Magic Millions in January.

“Amelia’s Jewel is a star and that was a brilliant win on Saturday,” Segenhoe General Manager Peter O’Brien said.  “The Blue Point is an August foal and he’s a magnificent colt.”

Segenhoe is also prepping a Gold Coast filly by Exceed And Excel from G3 Champion Fillies winner Samovare (Lot 326) for Amelia Park.  The dam’s first foal is a Russian Revolution filly that made $320,000 to the bid of Mark Pilkington Management at the Perth Magic Millions in February.