Saintorio bounced back off a seven-day break to claim his first Stakes victory in the LR Sir Ernest Lee-Steere Classic (1400m) at Ascot.

The Oratorio 3yo had been placed in the G2 WA Guineas (1600m) and the quick turnaround didn’t trouble him when the chips were down on Saturday.  He took a split at the furlong and responded to score narrowly from All The King’s Men (King’s Troop) and Aiyza (Al Maher).

“He never left an oat during the week and we drew a good barrier, so there was no reason why we shouldn’t run him,” trainer Stephen Miller told The West Australian.  “I was a bit worried when he was held up but he pushed through and got up.”

The win justified Miller’s earlier confidence in looking at an interstate autumn campaign for Saintorio.  The G1 Australian Guineas (1600m) at Flemington on March 4 is among the big-money goals on the radar. 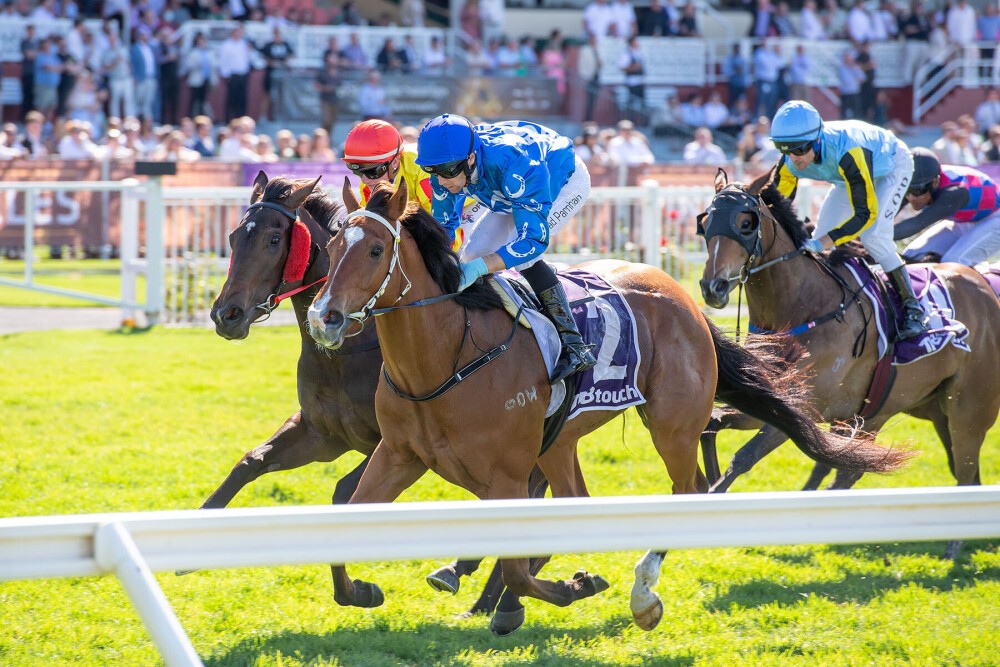 Miller had pin-hooked him for $20,000 as a new-season yearling at the Mungrup Stud Dispersal in August 2020 and then put him through Willaview Park (as agent) for the Perth Magic Millions in February 2021.

“He didn’t make the reserve so I put a group of people together and everything has worked out good,” Miller said.  “He’s a casual bloke and should handle a trip to Melbourne.”

His dam Leitfaden (Choisir) was purchased by Ridgeport owner Santo Guagliardo for $30,000 at the Mungrup Dispersal.

She was an Ascot 2yo winner for Dan Morton and her page is overloaded with black-type through second-dam Marooned Lady (Marooned).  Leitfaden has a yearling colt and a filly foal by Mogumber Park sire Rommel.