Alwyn Park parties at The Pinnacles

Christmas has come early for Alwyn Park and its clients at The Pinnacles.  The Serpentine stud celebrated winning doubles on Day 1, Day 2 and Day 3 and the festivities can continue in the G1 Northerly Stakes (1800m) at Ascot this Saturday.

Venerated Alwyn Park sire Trade Fair (GB) is double-handed with Trix Of The Trade and Startrade in the $1.5 million weight-for-age classic that highlights Day 4. 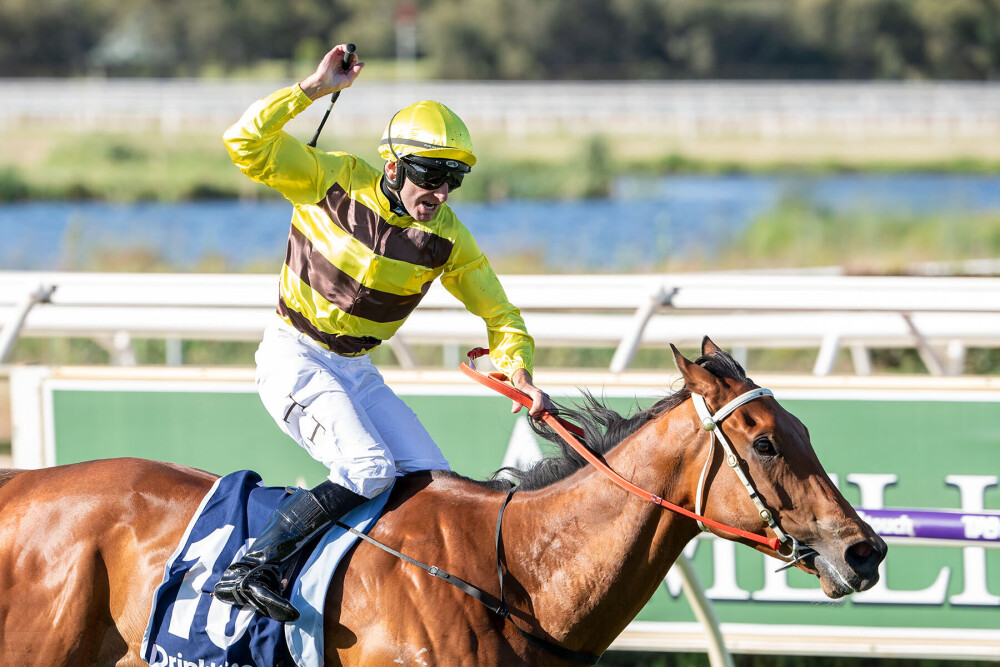 Trix Of The Trade (Photo / Western Racepix) is coming off a Group 1 first for Colin Webster in the Railway Stakes and the veteran trainer wasn’t deterred when he drew the far side in 16.  “The outside barrier is better for him.  He’s a big striding horse that needs a bit of room.

“It will be a test rising from 53kg to 58.5kg at weight-for-age but he’s as fit as he was before the Railway.  I’m very happy with him and so is Troy (Turner).  That’s the main thing.”

Alwyn Park owner John Andrew and his team have been in a happy frame of mind since Trade Fair’s consistent galloper Buster Bash claimed the LR Luckygray Stakes (1800m) on Day 1 of The Pinnacles.  He was bred at Alwyn Park and graduated from its draft to the 2019 Perth Magic Millions.

Trix Of The Trade took centre-stage on Day 2 in the Railway not long after Andrew welcomed Minsk Moment back to scale following an outstanding victory in the LR Carbine Club Stakes (1400m).  He’s part of a syndicate that races the I Am Invincible stallion with managing owner-breeder Keith Biggs and trainer Chris Waller.

On Day 3, Keytrade led home a Trade Fair quinella from Reign Of Fire in the $100,000 Westspeed Platinum Series Final (1400m) for Anne and Nathan King.  Double-dipping into that prizemoney pool helped their sire maintain a narrow lead over Playing God on top of the WA premiership.

Front-running stayer Marocchino then weighed in with a narrow win for Alwyn Park’s current alpha-male Maschino in the LR Allan Scahill Cup (2100m).  It was his third black-type victory for Capel-based couple Lou Luciani and Trish Roberts who bred him from Comesitbesideme (McFlirt).

“His dam was an orphan and she won at Ascot before going blind,” Roberts said.  “I sent her to Maschino and bless John Andrew who foaled him down with several of my others at Alwyn Park.  It’s been an absolute dream.”

That dream can reach a crescendo a week after Christmas with Marocchino in the G2 Perth Cup (2400m) on New Year’s Day.