The popularity of Western Australia’s new-season sire intake was quantified earlier this month when it was revealed Splintex would be serving over 120 mares first-up at Darling View Thoroughbreds.

Splintex (Snitzel) was retired off the track this year following Group 2 sprint victories at Flemington and Randwick.  His book surpasses that of any other freshman in memory at an $11,000 (inc GST) service fee.

Former Eastern States stallions Shooting To Win (Oakland Park) and Manhattan Rain (Geisel Park) have also been popular with broodmare owners first-up in WA.  They arrived with runs on the board and their winner-counts are increasing day by day.

Shooting To Win (Northern Meteor) is a younger full-brother to Deep Field and is already siring winners in Perth conceived when previously based at Darley in the Hunter Valley.  Stakes-performer Dom to Shoot leads the way in the west with capable support from the likes of Charleton Eddie, Fatale Femme, Platinum Bullet and last week’s Ascot winner Art Of Sabrage. 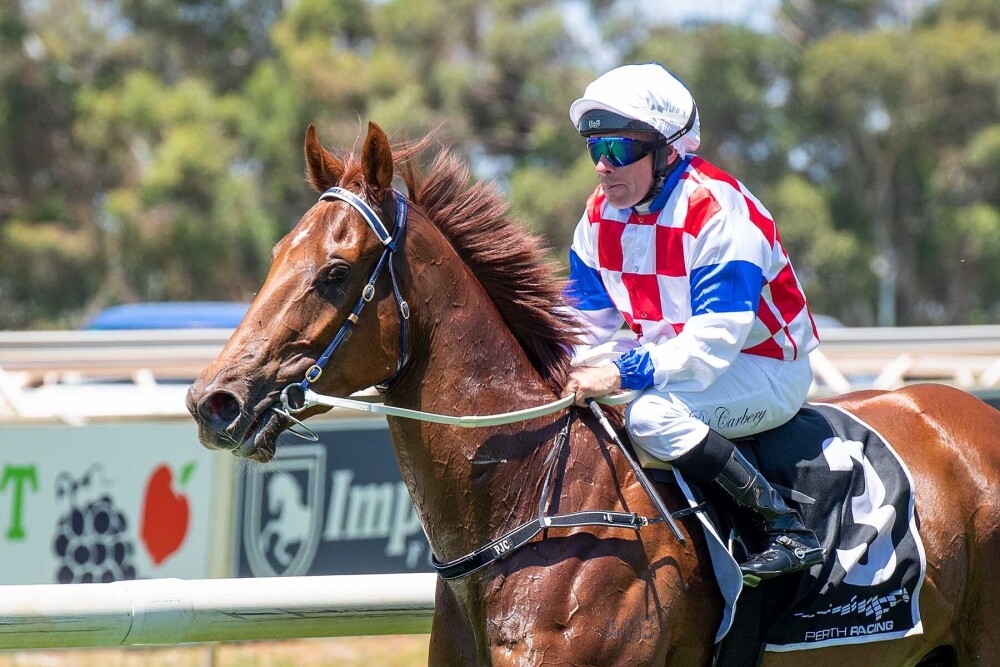 “There’s a buzz about this bloke.  He jumped to front and pricked his ears back to win like a real good horse,” Miller said.  “He will be back here in twelve months for the next summer carnival.”

Art Of Sabrage started a short-priced favourite to score by two lengths from Lieutenant Dunbar (Dissident) and Digital Miss (Your Song).

“He went shin-sore and missed the big 3yo races at this year’s carnival,” Miller revealed.  “He’s still green but is a fluent galloper with ability.  I have to thank Chris Russell at Inglis.  We couldn’t get over to Melbourne because of the COVID lockdowns and he put us on to this horse.”

Pearce Racing unveiled another promising Shooting To Win when Zing To Win won a Lark Hill 2yo barrier trial on Monday.  He cruised home over 950m with just the one reminder from Willie Pike.

Zing To Win is raced by a syndicate managed by Lightning Bloodstock and was sold for $47,500 by Western Breeders Alliance (as agent) at the 2022 Perth Magic Millions.  He’s the second foal from Cold Fact (Not a Single Doubt) – her first Shot Of Elegance (Shooting To Win) was runner-up when racing first-up for trainers Grant & Alana Williams at Pinjarra last Sunday.

Meanwhile in Victoria, Manhattan Rain mare State Of Maine completed a hat-trick in the Christmas Cup (1450m) at Kyneton yesterday.  The Tom Dabernig-trained 4yo mare had won at Penshurst and Hamilton in the last month.

“She showed plenty of speed into the first turn and I was able to get on the back of the leaders,” winning jockey Dean Holland said after bringing State Of Maine back to scale.  “They jammed up at the 600m and I angled into the three-wide line so she had time to wind up into the straight.

“She got to the second horse without me going for her and then let down late to get the job done.  She’s won a few in a row now and there’s no reason why she can’t keep going.  She might be suited in a Friday night race at Moonee Valley.”