WBA winning to Moon and Back

Smart mare Moon and Back left it late to win at Moonee Valley on Friday night for leading WA vendor Western Breeders Alliance.

Moon and Back (Exosphere) made it just in time to edge out Glenferrie Girl (Danrich) in the Ladbrokes 55 Second Challenge (955m).  She clocked 55.58s in a typical renewal of the short-course scamper albeit well outside Sisstar’s track record of 54.45s.

Trainer Andrew Noblet bought her for $30,000 from Western Breeders Alliance at the 2020 Perth Magic Millions.  She had won at Swan Hill as a spring 3yo and at the Moonee Valley New Year’s Eve meeting twelve months ago.

“She’s been racing without luck and you need luck getting a split at the right time here,” jockey John Allen said.  “They ran along and we sat in the one-wide line before she picked up and took a gap into the straight.

“Everything happens quite quickly in these 955m sprints but when you’re on the right horse it can work out well.” 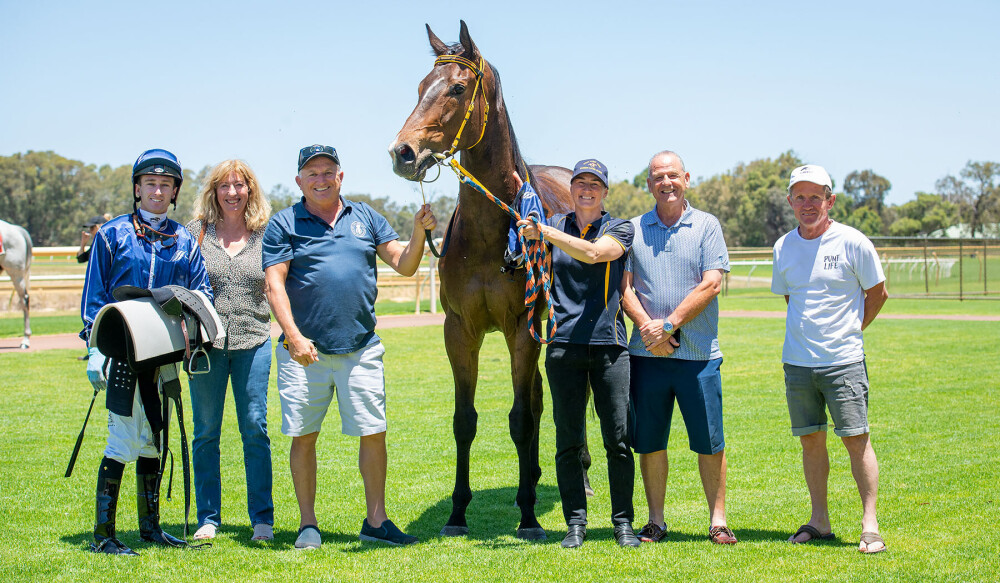 They were both sold by WBA (as agent) for Woodbridge Thoroughbreds breeder Ian Riley.