Scenic Lodge suffered a devasting loss on Monday morning when Snippetson slipped while trotting in for his breakfast and sustained a broken back leg.

Snippetson’s sudden passing aged 21 has left the Stud’s staff in total shock.  “For something so straightforward as a little stumble to take his life is hard to get your head around,” Scenic Lodge General Manager Jeremy Smith said.  “I would like to thank everyone that has supported Snippetson since he relocated to us from Widden Stud.

“And a massive thanks to all our staff who cared and loved him so much especially our Stud Manager Kristy Reynolds who had an incredible bond with Snippy.” 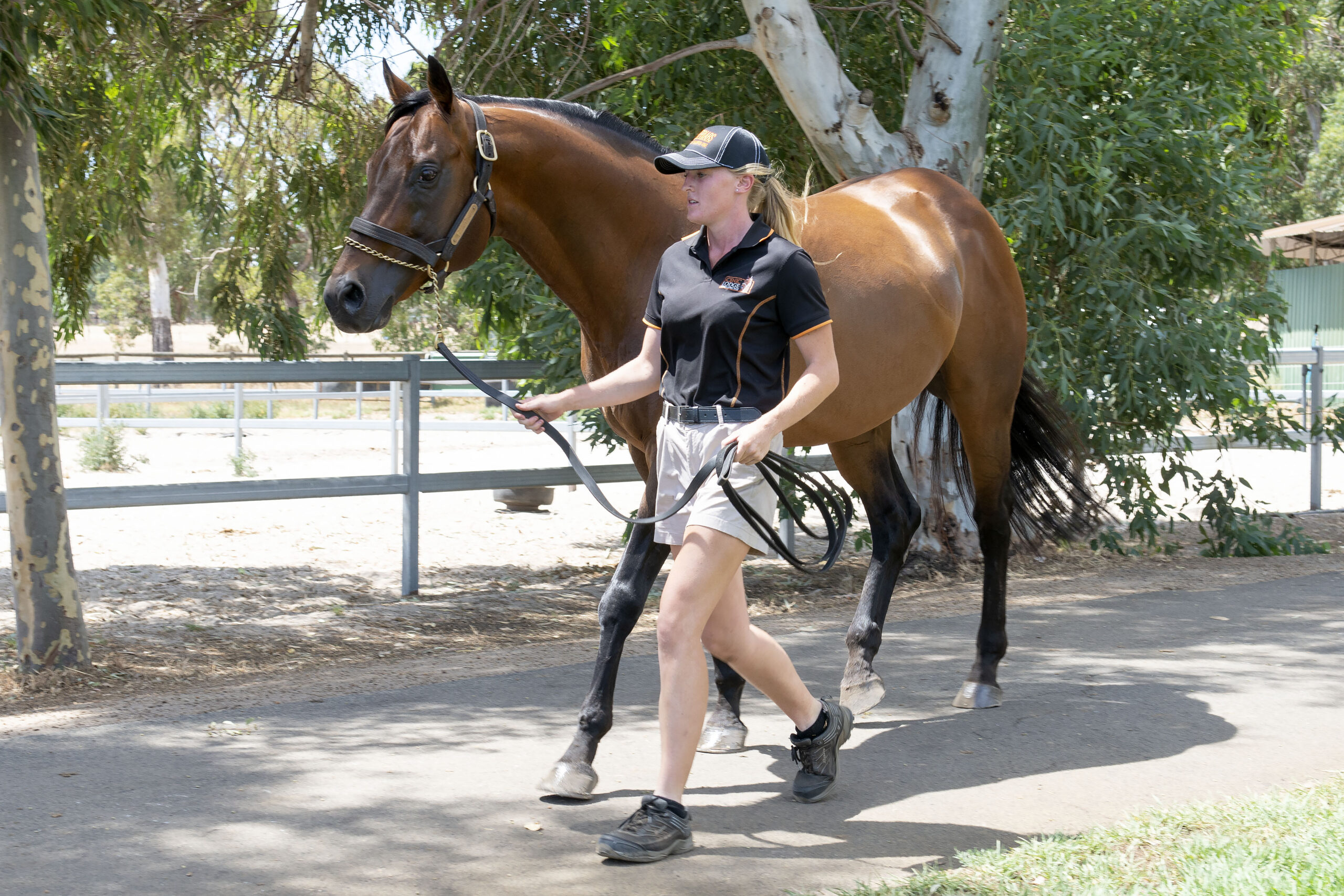 Snippetson (Pictured with Kristy Reynolds) arrived in the penultimate crop of 1988 Champion Australian 3YO Sprinter Snippets (Lunchtime) who stood at Trans Media Park and Arrowfield Stud.  His older full-brother Snowland had won a Group 1 AJC Galaxy but encountered fertility issues when retired to stud.

Guy Walter trained Snippetson to a Listed victory in the 2005 Eskimo Prince Stakes (1100m) at Canterbury and he retired to stud after claiming the LR Maurice McCarten Stakes (1200m) a year later at Rosehill for John O’Shea.

Sniparoochy was his 15th stakes winner when she captured the Jungle Mist last month.  Overall, Snippetson has sired 507 individual winners at 66% strike-rate.

Snippetson has 11 yearlings entered for next month’s Perth Magic Millions and first to parade from Scenic Lodge is the colt from Scenic Charm (Universal Ruler).  Catalogued as Lot 3, he’s from the immediate family of the Scenic Lodge-bred 2009 Australian Horse of the Year Scenic Blast (Scenic).