Burnya To Survive puts his winning run on the line in the Amelia Park Hcp (1400m) at Ascot on Monday.

The 4yo son of Bradbury’s Luck is one of Perth’s most-improved gallopers since returning for just his second prep under the guidance of trainer Jason Miller.

Burnya To Survive won first-up at Pinjarra on December 12 clocking the final 600m in 34.28s and that set him up for another fast-finishing victory at Belmont on New Year’s Eve.  He completed a hat-trick when collaring runaway leader Cristal Dane at Ascot on Saturday, January 8.

Miller gave gelding plenty of time to get mobile last year.  “He will only have another run or two this prep,” Miller said after the last-start victory in the Morley Growers Market Hcp (1200m).  “He was a long way off them again today but he keeps hitting the line.”

Burnya To Survive didn’t debut until he was an autumn 3yo at Geraldton in April 2021.  “He had some issues jarring up but did well to finishing third that day,” Miller recalled.  “We’ve been patient and we’re not about to overtax him now.”

Stepping up to Saturday company so quickly has impressed jockey Ben Kennedy.  “I’ve been crook for the last couple of days but got off the canvas to ride him today.  He delivered and did a real good job.”

Burnya To Survive and his 3yo half-sister Beauty In Rock (Awesome Rock), who won a Northam maiden for the same connections last month, are from Baleen In Me (Flying Pegasus) who completed a running double at Ascot on Karrakatta Plate Day in 2013.

They were bred by Gold Front Thoroughbreds as is the mare’s unraced 2yo filly Stevie’s May (Awesome Rock).  She’s from a long line of ‘Baleen’ broodmares nurtured by Gervase Park going back to 1980s Group 1 winners Goleen (VATC One Thousand Guineas) and Judyann (WATC Oaks).

Yarradale has two Bradbury’s Luck colts catalogued for the 2022 Perth Magic Millions.  First to parade (Lot 179) is a half-brother to Zero Consequence (War Chant) who landed some good bets for Durrant Racing on debut over 1500m at Pinjarra on January 13.

Lot 209 is the half-brother to Durrant Racing’s Shake Baby Shake (Foxwedge) who scored a front-running victory at Pinjarra on New Year’s Eve.   Like Burnya To Survive, they both hold nominations for more winning updates next week. 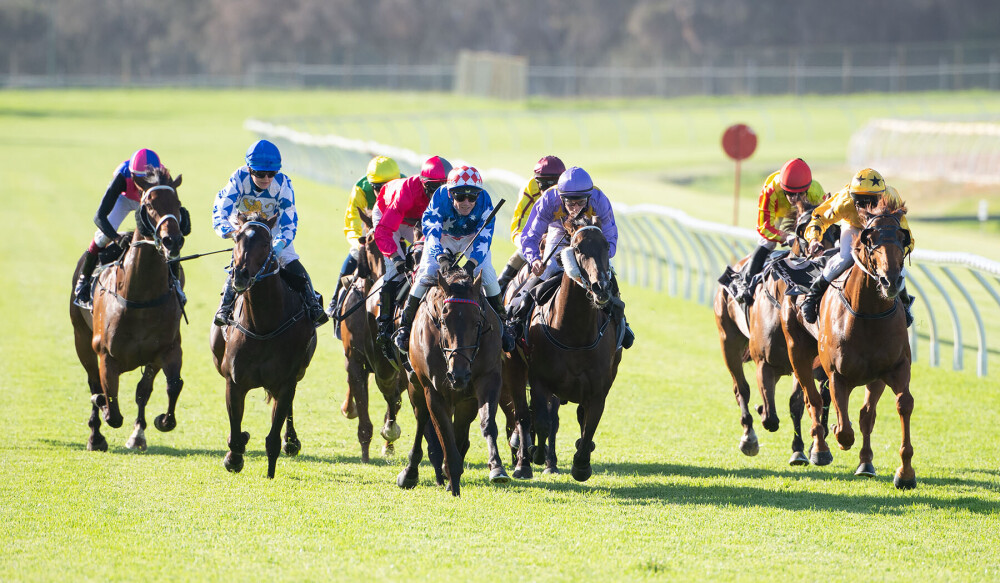