Son Of A God led home a Playing God black-type quinella when he scored an all-the-way victory in the LR Seacorp – Grandstand Cup (1500m) on Saturday.

The Simon Miller-trained sprinter scored by the best part of two lengths from Bruce Almighty (Playing God) who camped at his flanks for the journey.  It improved his record to 7 wins in 21 starts for $389,790 in prizemoney topped up by $89,150 in bonuses from Westspeed Platinum.

“He can be headstrong but Brad (Rawiller) knows how to ride him,” Miller said.  “He can be a menace at trackwork and I have to thank Tony (Ward) for all his work in the mornings. 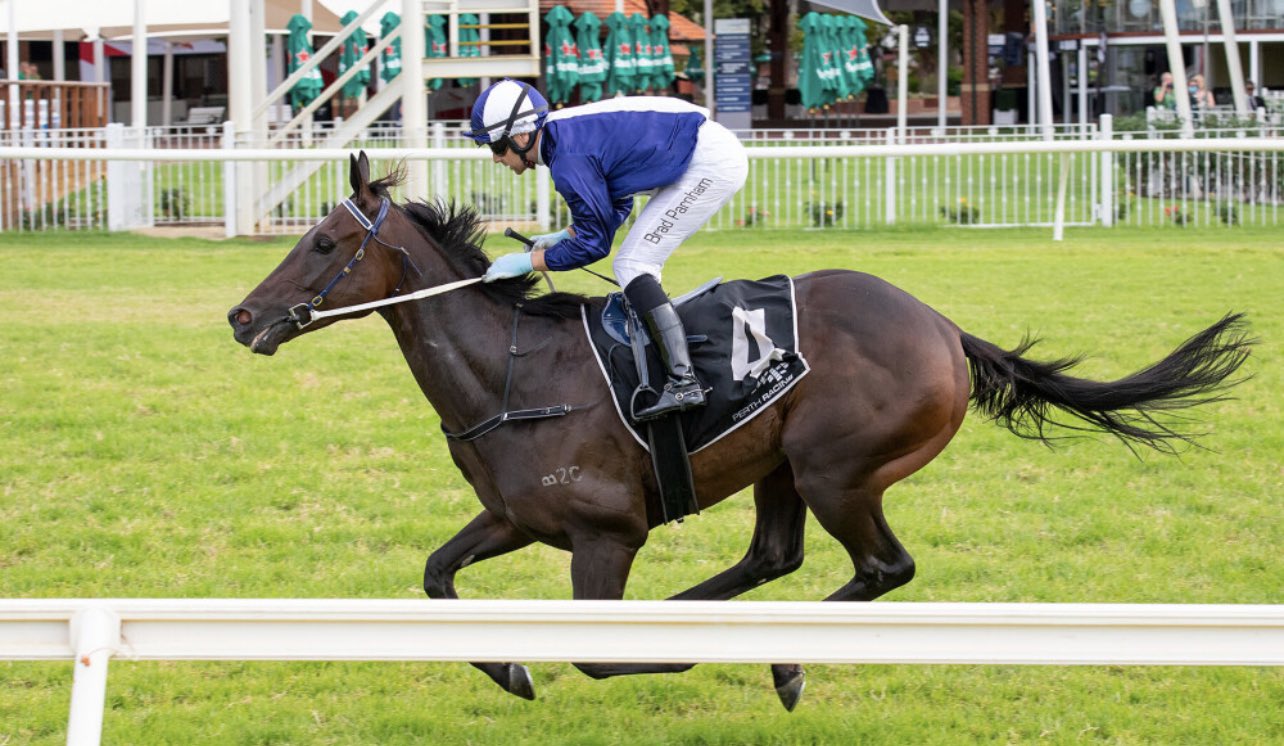 “He got some cheap sectionals today and was keen on the bridle.  But this race was his for the taking if you line up his second in the (LR) Carbine Club Stakes at the summer carnival.  He will go for a spell now and can come back bigger and better next time.”

Son Of A God (Photo: Western Racepix) is a homebred for Shaun Maiden who is based in the south-west at Stratham.  He operates under Flex Holdings and knocked back offers from overseas agents when the gelding was going through the grades as an autumn 3yo.

His Ascot-winning dam Faslizan (Fasliyev) has a perfect strike-rate at stud with four winners from four foals.  Her fifth is an unnamed 2yo filly by Universal Ruler.

His promising 3yo Alaskan God is also knocking on the door for black-type after completing a hat-trick at Ascot on March 13.  The Dan Morton-trained gelding has been nominated for the LR Melvista Stakes (2200m) at Ascot next Saturday.