Express Time too tough at Ascot

Neville Parnham’s grey mare Express Time is racing in career-best form this campaign and her sire War Chant (USA) is also in the midst of a winning run leading into Easter.

Express Time returned from a spring spell in January and her latest victory at Ascot on Saturday made it 5 wins in 8 starts this year to send her career earnings north of $270,000.  She cost Parnham $110,000 when offered as part of War Chant’s consignment from Yarradale Stud to the 2018 Perth Magic Millions.

“She’s extremely tough and it’s been a marvellous prep so far,” Parnham said after another narrow victory in the Glenroy Chaff Hcp (1000m).  “We were wary of the favourite Acromantula and I told Kesh (Dhurun) to sit on him and keep at her because she will keep coming at the finish.” 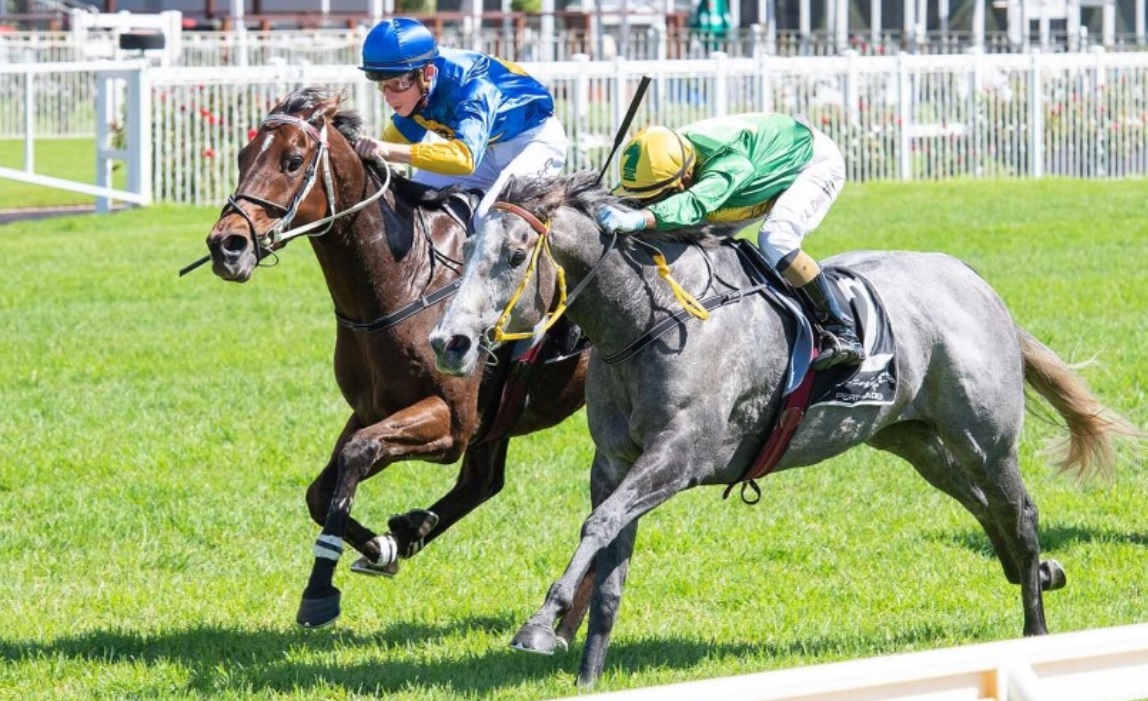 Express Time (Photo: Western Racepix) shouldered 61kg less a 2kg claim and the race panned out as Parnham predicted.  “She’s won 10 races overall and has been a great money-spinner for the stable.  She might back-up next weekend but there are two options so we will wait and see.”

Her dam Even Astar (Kendel Star) was a Listed winner of the Belgravia Stakes and Burgess Queen Stakes in 2010.

So will War Chant 4yo mare Chantorque and she will be one of Express Time’s rivals on Saturday.  Trainer Russell Stewart races her on lease from Queenslea Park’s Alan & Helen Morton and the 2020 edition of the LR Placid Ark Stakes highlights a career that has garnered $445,140 in prizemoney.

War Chant (Danzig) created an Australian PB as a broodmare sire only last week when his Group 1 winner Silent Sedition had a Snitzel filly knocked down to Team Hawkes for $2.2 million at the Inglis Easter Yearling Sale in Sydney.

His 3yo filly Lady Chant was far from disgraced when a quick-closing fifth in the G2 WATC Derby (2400m) on Saturday.  She had claimed the G3 WA Oaks (2400m) last month and trainer Brock Lewthwaite will be winning more staying features with her next season.