Legendary trainer John Hawkes and his son Wayne were also on the lookout for value and they found it in the shape of a WA-bred filly that made $380,000 from Segenhoe Thoroughbreds on Tuesday. 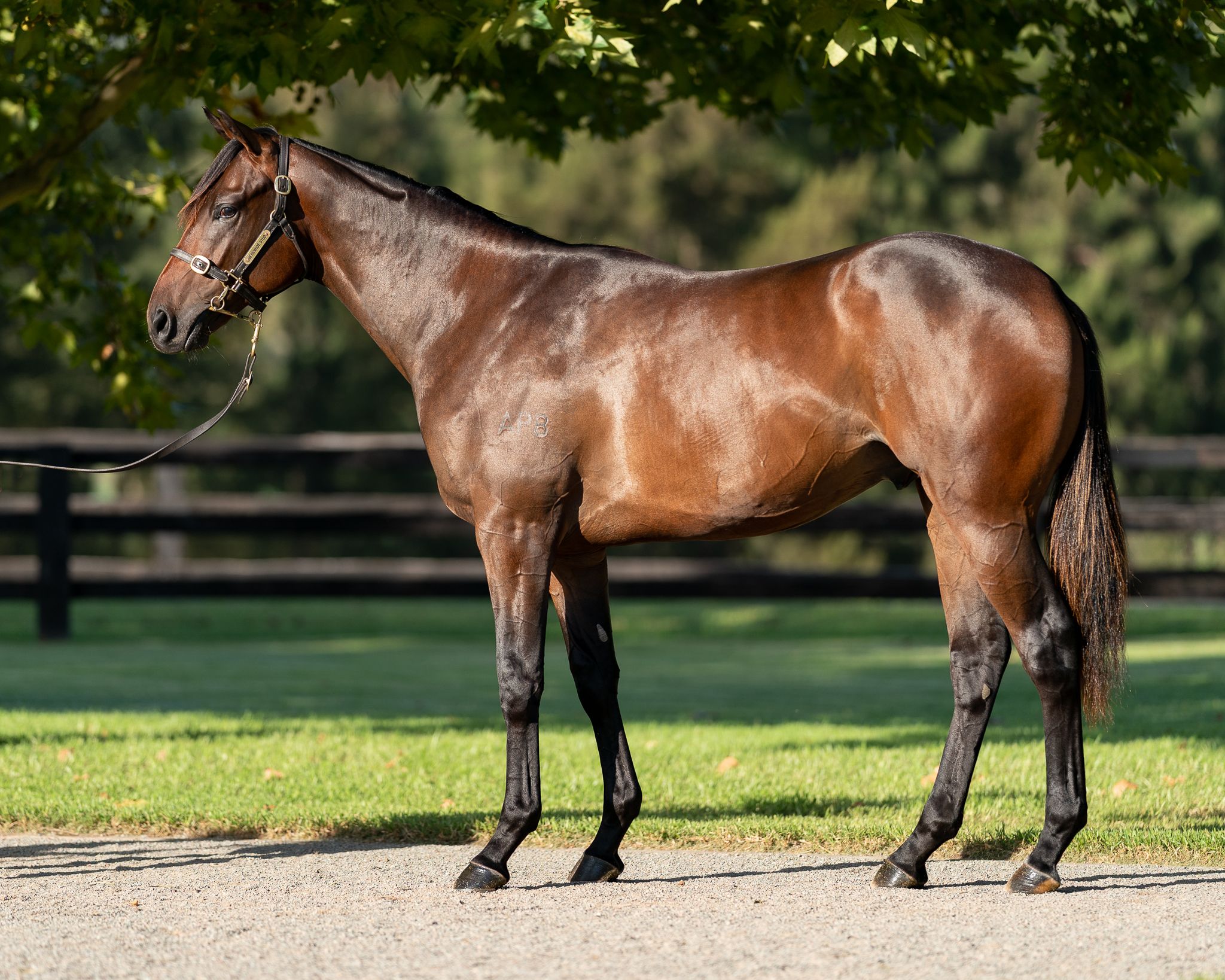 Segenhoe sold the So You Think – Bound Copy filly (pictured) as Lot 80 on behalf of Amelia Park breeder Peter Walsh.

“Dad really liked her and said ‘I want that filly’.  He’s forgotten more than we will ever know so I just did the rest when she came into the sale-ring.”

Walsh had won the G2 Karrakatta Plate with his homebred filly Amelia’s Jewel (Siyouni) on Saturday and Segenhoe General Manager Peter O’Brien was more than pleased to provide another highlight for the Vasse-based breeder.

“Peter and Annie are good friends and I’ve never seen Peter that emotional on Saturday,” O’Brien said.  “He’s touched and we’re delighted after seeing it all unfold on TV.

“The So You Think filly is a lovely type and wasn’t out of place in an Easter Sale.  But, to be honest, she sold for a bit more than we expected.”

“The mare has a magnificent foal by Darley stallion Blue Point (Ire).  He’s an August colt and he will be coming here next year.”

Walsh and Segenhoe can expect more fireworks if the 2023 Easter Sale coincides with a winning black-type campaign for Amelia’s Jewel at the Sydney and/or Melbourne carnivals.  “She came home on Tuesday and we will give her a good rest,” Walsh said this week.  “Simon (Miller) will bring her back for a few 3yo races in Perth and, if it all comes together, she will go east in the autumn next year.”

Team Hawkes also have big plans for the big-ticket Snitzel filly from Silent Sedition (War Chant) that was offered (as agent) by Arrowfield Stud.  “When you’re buying these fillies and they look like colts, it’s a bit special,” Wayne Hawkes said.  “I was at Moonee Valley the night Silent Sedition won the (G1) William Reid Stakes.

“She was a star and her Snitzel was our No.1 draft pick of the Easter fillies.”

Silent Sedition is by Yarradale Stud champion War Chant (Danzig) and was bred and sold by Ellie Giles for $45,000 at the 2014 Perth Magic Millions.  Raced by Tom Curnow, she retired with earnings over $1.17 million and her Adelaide-based owner pocketed another $1.50 million when he sold her to Katsumi Yoshida at the 2018 Magic Millions National Broodmare Sale.