Playing God sired his third 2yo winner of the season when Sky Duke freewheeled in the Free Entry To Belmont Park Maiden (1200m) last Wednesday.

Such was his domination on debut, Sky Duke can go the same way as Playing God’s earlier juvenile winners Swear To God and Baby Paris who are spelling ahead of spring and summer targets next season. 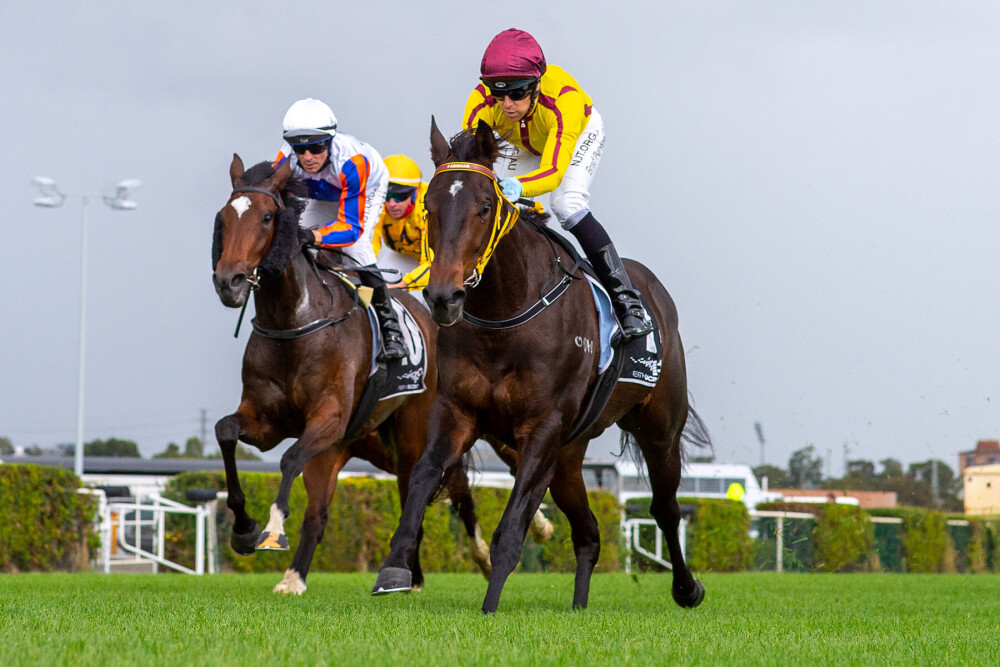 “He’s got a future,” trainer Neville Parnham said.  “He hasn’t put a foot wrong and had improved off a good gallop last Saturday morning.  We expected a forward showing today and that was quite an impressive win.”

Sky Duke (2g Playing God – Peggie’s Princess by Oratorio) was a $90,000 buy from Willaview Park at the 2021 Perth Magic Millions.  “I liked him on type and he’s from a good family,” Parnham continued.  “He’s not overly big but neither are many in the family that goes back to the champion mare Miss Andretti.”

Winning jockey Brad Parnham hustled Sky Duke out of the gates to take full advantage of the rails draw first-up.  “I was confident coming in even though there were a few smart ones engaged.  I expected to take a sit but he found the front and did it quite easily.  On that win, he can definitely take the next step.”

Playing God (Blackfriars) is based at Darling View Thoroughbreds alongside newcomer Splintex (Snitzel) and Patronize (Redoute’s Choice).  In response to an outstanding start at stud, he is available for $27,500 (inc GST) this year which is the highest service fee in the west since Oratorio stood for the same price in 2012.