Darryn Pateman has been making the annual trek to the Pearl Coast since 2009 so it was with a degree of delight and relief when his stayer Ombudsman won the $100,000 Broome Cup (2200m) on Saturday.

“That’s my first Broome Cup and it’s a career highlight,” Pateman declared.  “I’ve won black-type races in Perth but it’s right up with them.”

Ombudsman (NZ) was originally trained by Chris Waller and won at Randwick before travelling to WA in August 2019.  He won at Broome last year and was rock-hard fit after a second in the Roebourne Cup and fourth in the Port Hedland Cup. 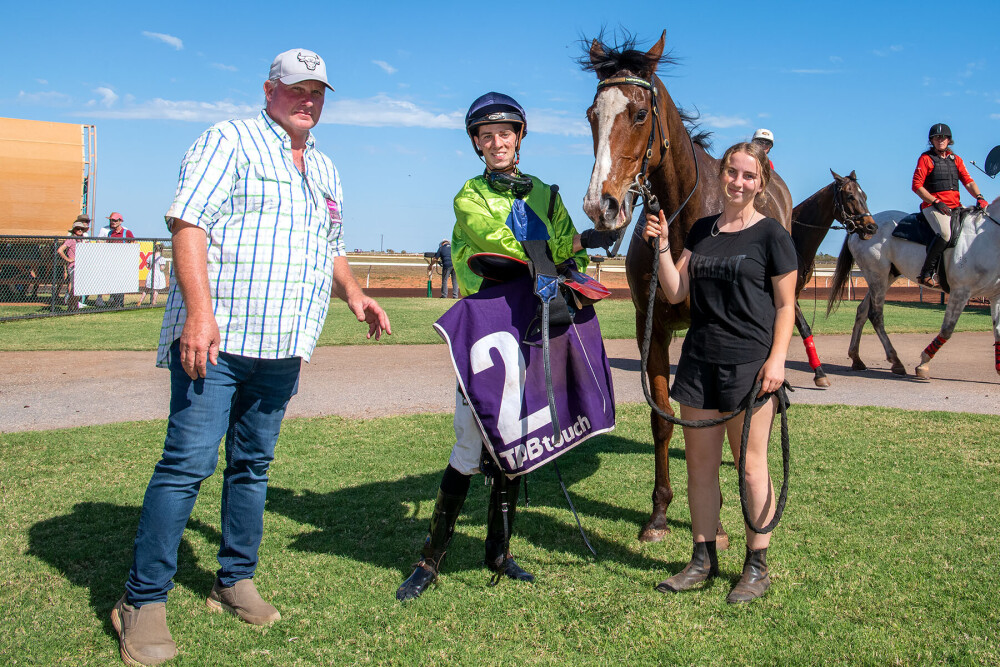 Pateman prepared a treble at the final Broome meeting of the season after the earlier wins of Native Chimes (Cable Beach Resort Hcp) and Powerful (Pearl Classic).

Native Chimes (6m My Admiration – Native Song by Mellifont) is raced by Roselee Park’s Tracy Rodwell in partnership with Mark and Sherry Southgate.  “We’ve sent her to Carnarvon and hopefully she can handle the track,” Rodwell explained.  “If not, we can always bring her back down to Perth.

“She’s well-bred and will eventually make a nice broodmare.”

Previously trained by Justin Warwick, Native Chimes was sold to the Southgates last year and subsequently won at Belmont and Ascot (2) under the guidance of Paige Kenney.  She’s the fourth and final winner from NZ-bred mare Native Song who won a G3 Wellington Stakes at Trentham.

The Rodwells – Wayne and Tracy – are also busy organising the books for Jimmy Choux (NZ) and Spiritjim (Fr) this season.  “We’re expecting the first Spiritjim foals later this month,” Tracy said.  “And Jimmy’s first WA 2yo crop will be racing this season.”

The Jimmy Choux – Sariska (Super Kid) colt broke-in beautifully for the Rodwells and they also have his yearling full-brother at Serpentine.  Sariska scored a running double at Pinjarra in May 2018 and her dam Star In The East (Secret Savings) is a half-sister to Black Heart Bart.