Gin ‘N’ Swanic came from last to win the Amelia Park Hcp (2200m) by almost four lengths after firming from $11 into $6.  “That’s unreal,” Hall beamed.  “He was backing up from last week but I was pretty sure he would see out the trip today.

“He does put in but Luke (Campbell) kept him out of trouble and I started celebrating when he went clear in the straight.”

Hall, 22, is based at Northam where his parents ran a quarter-horse stud.  He learned the racing ropes with Rob & Todd Harvey and Jarrad Noske before going out on his own last month. 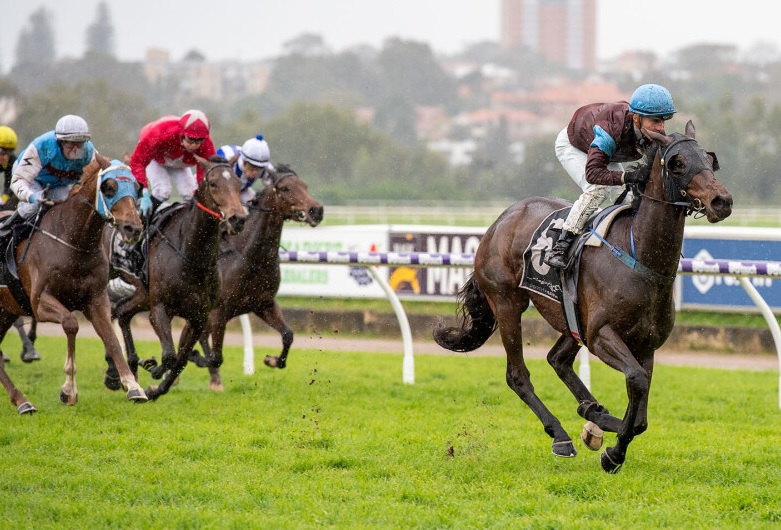 Gin ‘N’ Swanic (Photo / Western Racepix) had won a Geraldton maiden for Belhus Racing in February 2021 but didn’t live up to their expectations.  He was catalogued for the 2022 Inglis April (Late) Online Sale and changed hands for $1,500.

“He jumped only fairly so I was patient,” Campbell reported.  “He travelled well and handled the heavy track.  I moved a spot closer when Steve (Parnham) made an early move and he just kept going.”

Gingerbread Man (Shamardal) has sired 70 individual winners but only a handful – including LR Belmont Oaks winner Chili Is Hot – have been successful at 2000m and further.