Class a factor for Universal Pleasure

Trainer Stefan Vahala will only give Universal Pleasure a short spring campaign following her impressive first-up victory at Belmont.

The Universal Ruler mare’s class was a factor in the Love The Bowlo Hcp (1000m).  She established a winning margin in the straight and then held quick-closer Sunnysilk (Snippetson) at bay on Saturday. 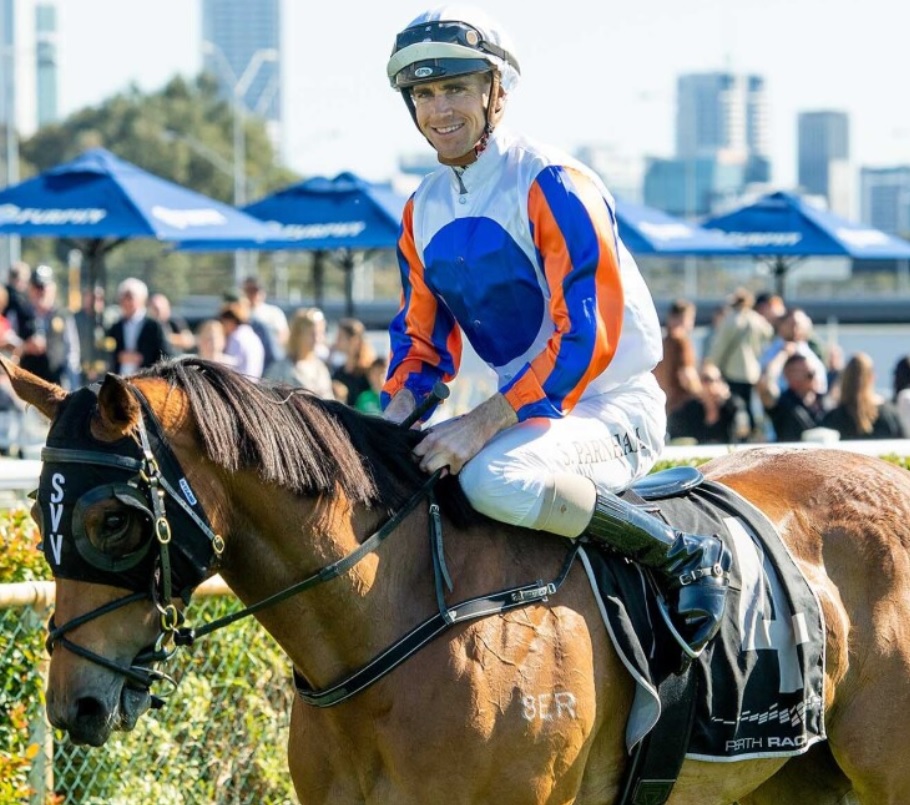 Universal Pleasure (Photo: Western Racepix) notched four in a row at Bunbury and Ascot in 2021 but went winless during a summer prep last season.  She pulled up sore behind Vital Blast at Ascot in January and was sent for an extended spell.

“The vets couldn’t pinpoint anything wrong so we let nature take its course and put her in a paddock for four months,” Vahala explained.  “We will give her three or four starts and get her rating up before another good break.  Then she can come back for some black-type races next year.”

Universal Pleasure (6m Universal Ruler – Amphlett by Rock Of Gibraltar) was bred by Clyde Davenport and races for a syndicate managed by Andrew Biacsi.  She has won 5 times for prizemoney of $152,835 and her EPONA credits stood at $7,375 before Saturday.

“She couldn’t muster early but we got a good trail and I was able to sneak up and kick through when the leader drifted off the fence,” jockey Steve Parnham said.  “I wasn’t sure about the cutaway but the Universal Rulers get through the wet and it was our only option.

“She let down nicely and will only improve off that run.”

Aztec Ruler is another Universal Ruler being touted as a potential black-type winner for Vahala and Biacsi.  The undefeated 3yo won twice at Belmont in July and the runners-up – Revitup and It’s All A Rumour – are both quality gallopers in their own right.