Value the focus with Gingerbread Man

Yarradale Stud is promoting Gingerbread Man as arguably the best-value stallion in Australia.

At a $5,500 (inc GST) service fee, they’re on solid ground with his yearlings selling to $140,000 at the 2022 Perth Magic Millions.  Gingerbread Man is currently third on the WA sires’ table for prizemoney and second for winners on the back of his progeny saluting the judge five times in the five meetings at Belmont since August 6. 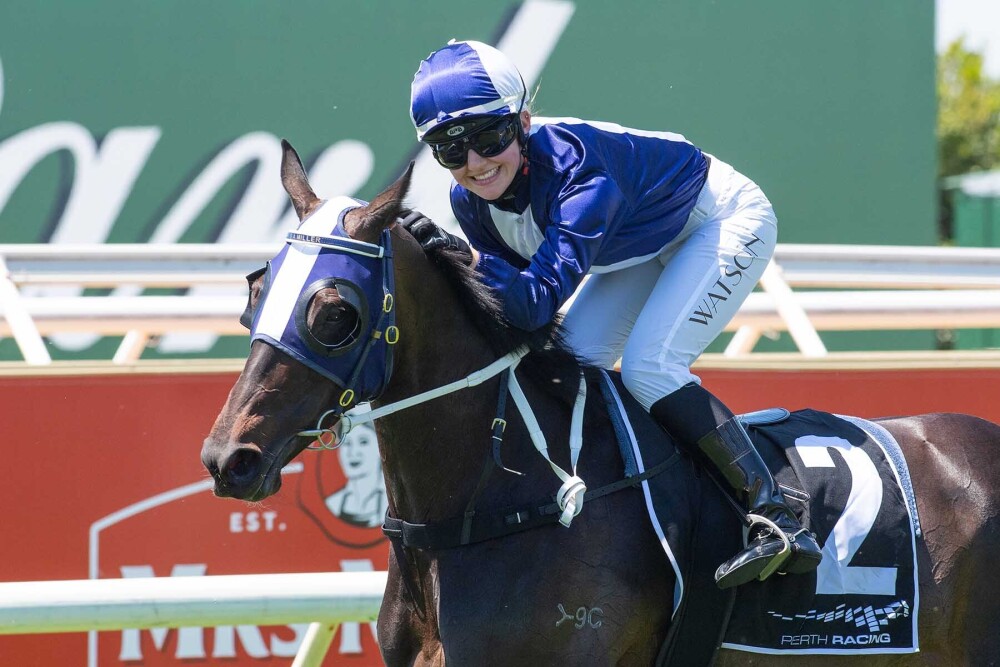 Ginger Flyer (Photo: Western Racepix) is his chief earner in that time with prizemoney of $110,000 but Red Can Man will top that if he’s successful the G3 Heath Stakes (1100m) at Caulfield this Saturday.  A Group 3 winner of the Sir John Monash Stakes (1100m) during a previous trip east, he has the advantage this time of being accompanied by trainer Steve Wolfe.

Leading apprentice Holly Watson gave Ginger Flyer the run of the race to win the Blue Spec Stakes (1600m) at Belmont on Saturday.  They crossed from a wide gate and box-seated to defeat No Apology (Declaration Of War) by a half-length.

“She’s so versatile it’s amazing,” Watson told The West Australian Newspaper.  “She can sit on the speed or sit back, she’s an all-round good mare.  She just kept building up momentum today and pushed her way through.”

Ginger Flyer was bred by Neil Cayley and James Pritchard and is a full-sister to Phanta who finished fourth in the Blue Spec.  They are the first two lives foals from Dubi Dubi Do (Dubai Destination) who was pensioned twelve months ago.

Gingerbread Man’s strike-rate for black-type into winners remains airborne at 13%.  It’s another reason why he’s value-for-money at a $5,500 service fee at Yarradale where he stands alongside War Chant ($8,250).