Baldivis trainer Brian Kersley is tipping better wins are in store for his new stable acquisition Devonia following an authoritative victory at Belmont.

The lightly-raced 4yo by My Admiration was always in control after pulling her way to the front in the TABtouch Hcp (2100m) on Wednesday.  She had won a Pinjarra maiden for Brock Lewthwaite in June but was easy to back at $21 in town.

“I like her and I think she has a future in staying races,” Kersley claimed.  “She took a while to settle into our system but is doing a great job now. 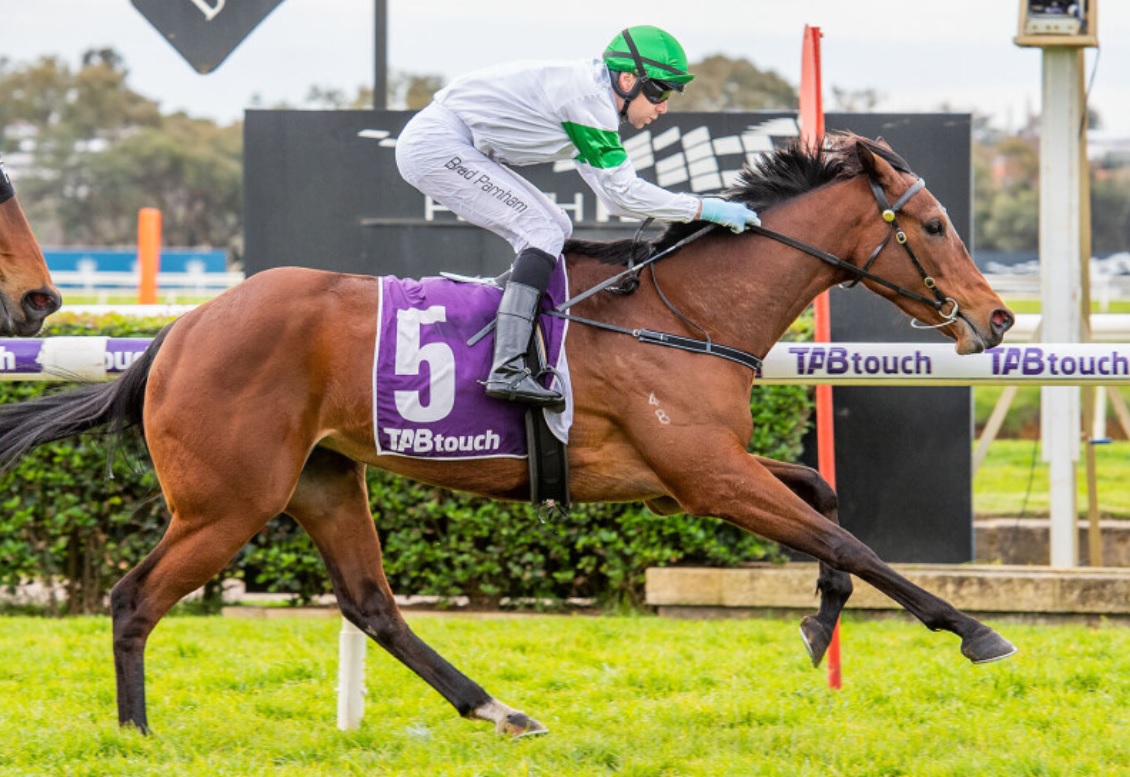 “Devonia (Photo / Western Racepix) got lost first-up for us so we took the blinkers off today.  She doesn’t know how to stop and it was a top ride by Brad (Parnham).  She’s a sound mare and is on the way up.”

Parnham was happy with the way the race panned out.  “She jumped pretty neutral before finding her way to the lead.  It was her second run back from a break so there were fitness concerns but she was doing her best work on the line.”

Bred by Alan and Birgett MacAlister and raced by their daughter Kristy Wardle, Devonia’s stamina belies her speed-infuenced pedigree.  My Admiration was a Stakes winning sprinter-miler in Hong Kong and her dam Lee Rani (Kendel Star) won 7 races at Belmont and Ascot up to 1200m.

Kersley is also preparing Devonia’s 3yo sister Arafisio while Lee Rani’s most recent foal is a 2yo colt by Jimmy Choux (NZ).

My Admiration (Encosta de Lago) has built an excellent 64% winning strike-rate since retiring to Phil Ibbotson’s Westbury Park in Pinjarra where he stands for a $4,400 (inc GST) service fee.