Sofia’s Symphony scored the first win of the season for an Amelia Park graduate when she charged home from midfield in the Pegasus Feeds Maiden (1100m) at Northam last Thursday.

The Pearce Racing-trainee had been placed on debut behind Group 1 winning filly Sheeza Belter at Ascot on New Year’s Day and that would suggest she was way over the odds at $5.50 in the Avon Valley.

Sofia’s Symphony (3f Smart Missile – Haste by Right Wing) was purchased by Andrew Webster for $35,000 from Amelia Park (as agent for her breeder Woodbridge Thoroughbreds) at the 2021 Perth Magic Millions and that will be paid back with interest this season. 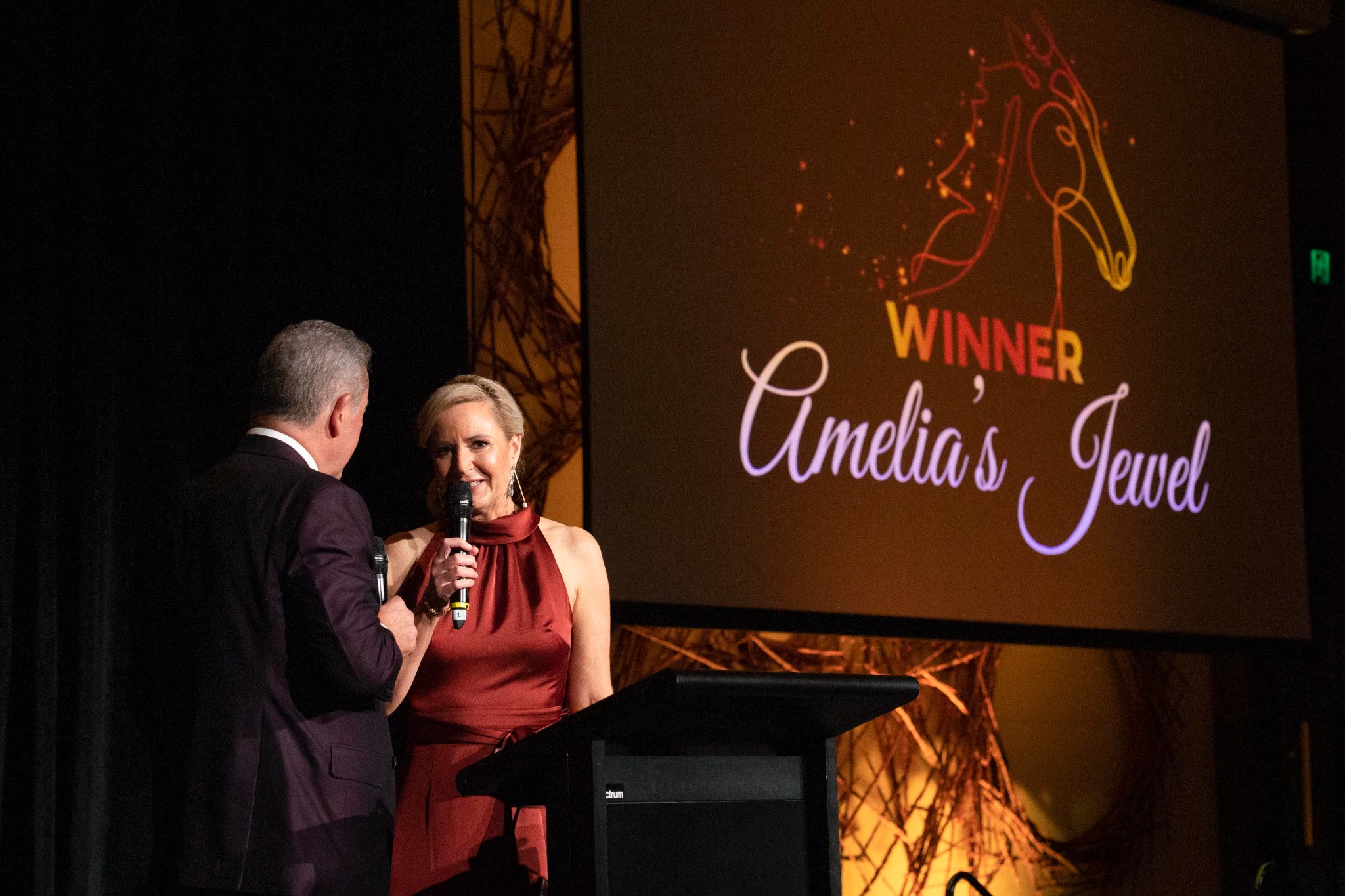 “She has always shown good ability so it was nice to see her score impressively second-up from a spell,” Pearce Racing reported. “Joe Azzopardi settled the filly one-out and two-back before working into the clear on straightening.

“She showed a sharp turn of foot to reel in the favourite Exporose (Universal Ruler) before pulling away by a length.”

Woodbridge’s Ian Riley owns her dam Haste and she is a half-sister to Eastern Zone (LR Jungle Dawn Classic).  It’s the family of Alabama Whirly (Bold Rancher) who won the 1996 Karrakatta Plate when it was a Group 1.

Sofia’s Symphony added the finishing touches to a wonderful week for Amelia Park whose homebred filly Amelia’s Jewel had been named WA 2YO of the Year at the 2021-22 WA Thoroughbred Awards.

Amelia Park’s Peter and Annie Walsh bought her dam Bumbasina (Ire) for 75,000gns (AUD 140,000) at the 2018 Tattersalls July Sale and then sent her to Haras de Bonneval in Normandy where she was covered by Siyouni (Fr) to southern-hemisphere time.

The Vasse couple bought another blueblood mare through Astute Bloodstock agent Louis Le Metayer at this year’s Tattersalls July Sale when paying 110,000gns (AUD 199,645) for Dima (Falco).  She was Stakes-placed in France and Germany and her dam Belobaka (Sinndar) is a half-sister to G2 Italian 1,000 Guineas winner Windhuk (Platini).

“Dima will go straight to stud and will be covered to southern-hemisphere time next month before shipping back to Australia,” Le Metayer explained.  “The stallions we have been considering are Frankel, Night Of Thunder or Lope De Vega.

“She will be staying in Australia at Segenhoe Stud but if she throws a racehorse in the same class as Amelia’s Jewel she might go back to England.”