David Harrison trained his 1200th winner on Saturday when Position Of Power landed the Amelia Park Hcp (1600m) but he was in no mood to celebrate when interviewed after the milestone.

Harrison dropped a bombshell by announcing he was going to retire at the end of this season.  “I will finish up if the powers that be don’t do something about the cost of worker’s compensation in WA.  Sydney trainers pay about 3% but over here we’re on 30%. 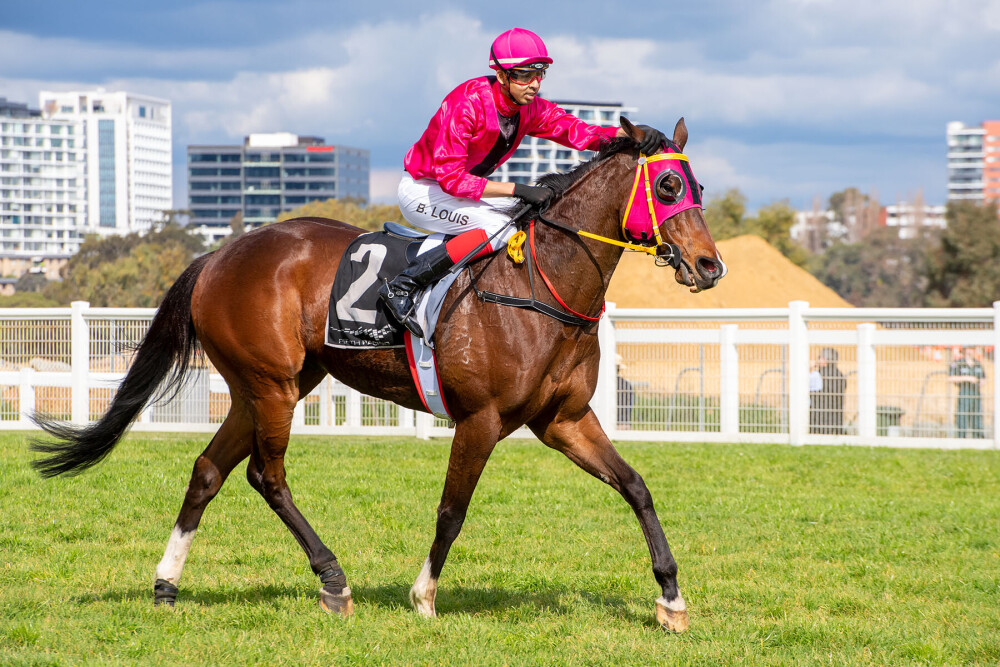 Harrison did take time out to praise 2kg claiming apprentice Brandon Louis for his ride on Position Of Power (Photo / Western Racepix) who had finished second-last behind Advanced last weekend.  The gelding’s name was like a rash over the stewards’ report that day but his manners improved on a seven-day turnaround.

“It was his first time over a mile for awhile and the kid held him together,” Harrison said.  “He did race a bit fiercely but it was a good effort.”

Position Of Power has earned $297,000 for a syndicate that includes his breeders Brendan Bell and Nathan Shaw.  He’s by former Yarradale resident Scandal Keeper from Danecay (Love A Dane) who won a LR Matchmaker Classic, Kentiara Classic and Diggers Cup.

Danecay has foaled five winners – Position Of Power, Cosmic Ballet, Durasun, Star Bay and Power Of St George who is also trained by Harrison for many of the same connections.  He’s a son of Patronize and he has banked prizemoney of $215,610 which includes Westspeed Platinum Bonuses of $56,150.