Trainer Graeme Ballantyne was confident Regal Access could win first-up at Ascot on Wednesday and jockey Paul Harvey made him a sure thing with a superb front-running ride.

Crossing from a wide barrier under 60kg, Harvey stacked the field and then accelerated away from a wall of horses in the Quayclean Hcp (1000m).  The lightly-raced 4yo son of Mahuta won with ears pricked from Invincible Ruby (Demerit) and Sky Duke (Playing God).

“He had trialled well but I didn’t expect him to win that easily,” Ballantyne admitted.  “I knew he had the gate speed from out there but I left it up to Paul – he’s been around more times than most of us!” 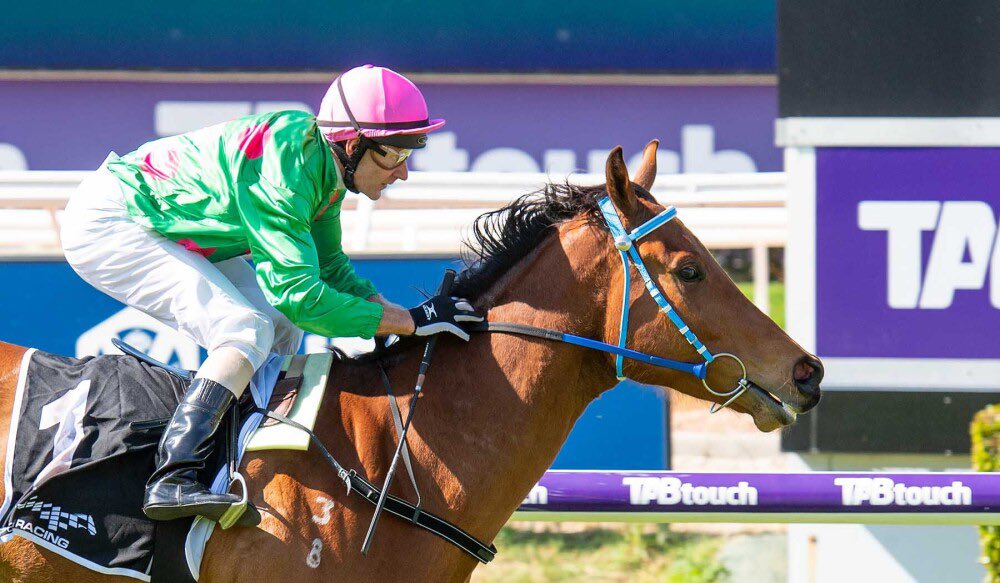 Regal Access (Photo / Western Racepix) had won a Pinjarra maiden on a Heavy 9 in June and was just as adept on a Good 4 yesterday.  “He got out well and I had plenty of horse underneath me,” Harvey reported.  “Inexperience was probably the only thing that would have beaten him.

“He’s a big lark and will be better with a few in front of him.  I gave him one around the bum and he looked back as if to say; ‘Is that all you’ve got’?  He’s still learning and it was a good win.”

Regal Access was bred by Dennis Barker and is a half-brother to city-winning stablemates Olga Louisa (Vital Equine) and Tradement (Trade Fair).

Their dam Amusement Park (Bletchley Park) won at Ascot and Belmont under Harvey and she is a half-sister to LR Bolton Sprint (1200m) winner Profit Street (Viscount).  Second-dam Street Show (Zeditave) is an unraced half-sister to the dam of Australian Champion 3YO Filly Delicacy (Al Maher).

Mahuta (Flying Spur) stands at Lynward Park with Bondi (Snitzel) whose first 2yo triallists were both placed over 400m at Lark Hill on Monday.

Safeguard filly Guarding Heaven won the opening trial of the morning in a three-way finish from Twist of Gold (2f Bondi – Bullion Bay by Hussonet) and Bondi Bubbles (2c Bondi – Tousled by More Than Ready).  They spaced the others by six lengths.