Owner-breeders Nino and Tina Tufilli unveiled a filly with untapped potential when My Bella Mae scored by panels at Ascot on Wednesday.

My Bella Mae (Deep Field) had won Belmont barrier trials over 400m and 1000m before making her debut as a $4 favourite in the Western Trilogy Hcp (1100m).  The Dion Luciani-trained 3yo filly followed Red Hot Goods (Choisir) into the straight and responded in an instant when Holly Watson asked her to put the race to bed.

“We expected that today.  We’ve had a high opinion of this filly from the start,” stable rep Ian Glading said.  “She’s very professional and was always travelling well after missing the kick.  She’s got a future but we’re happy just to take her through the classes.” 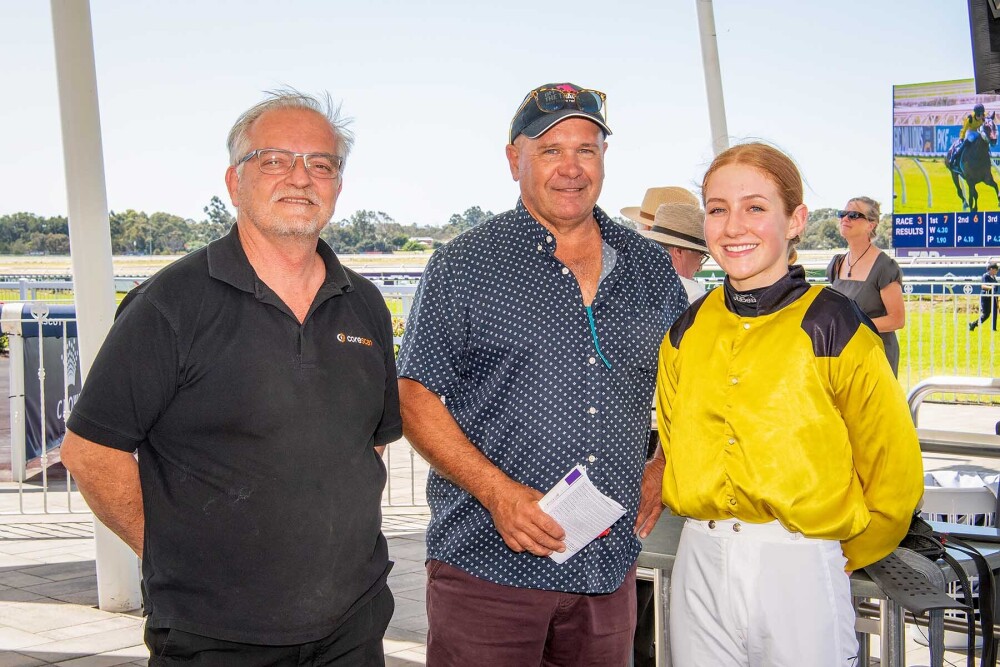 Nino Tufilli is based just a stone’s throw from Ascot racecourse on Grandstand Road where he is Operations Director for Corescan.  The company specialises in the scanning, processing and analysis of geological samples for the mining industry.

“I decided to get into breeding over ten years ago thinking it was all good fun,” Tufilli said.  “I worked out a formula for what might produce a good horse and booked Reset for my Danehill mare Tyrolean.

“Since then I’ve worked out it’s a bit more difficult and takes a bit of luck to get a good one.”

The Reset colt was named Echo Effect and he was beaten a nose in the G2 Hobartville Stakes (1400m) at Rosehill in February 2017.  Run down late by Man From Uncle (Uncle Mo), he struggled to fulfil that potential due to ongoing hoof problems for Central Coast trainer Kristen Buchanan.

Echo Effect continued his career across the country in the Great Southern where he won last year’s Fitzpatrick Plate (1230m) in Albany for local trainer Roy Rogers.

My Bella Mae is the second foal of NZ-bred mare Mae West (Sir Percy) who won up to 1600m at Matamata and Hastings and was Group 3-placed at Trentham.  She was in foal to Deep Field when the Tufillis purchased her for $60,000 at the 2019 Magic Millions National Sale.

There was a homonymous ring to the name on the sale-sheet – Two Fillies Stud.

The Tufillis catalogued My Bella Mae through Alwyn Park to the 2021 Perth Magic Millions but knocked back a final bid that came up short of an $80,000 reserve.  Mae West has a yearling colt by Ribchester (Ire) and her most recent cover was to Belardo (Ire), a fellow Darley shuttler who also stands southern seasons at Haunui Stud in New Zealand.