Dawson double-handed at The Pinnacles

This’ll Testya has firmed into a $7 third-favourite for the G1 Winterbottom Stakes (1200m) with bookmakers who are wary of her ability to perform on the big stage.

The Dawson Stud-bred mare has been known to hand in a shocker, however, she was on song for the G3 Colonel Reeves (1100m) at Ascot on Saturday.  It was her second strike in black-type having won the LR Cyril Flower Stakes (1200m) at Ascot in February. 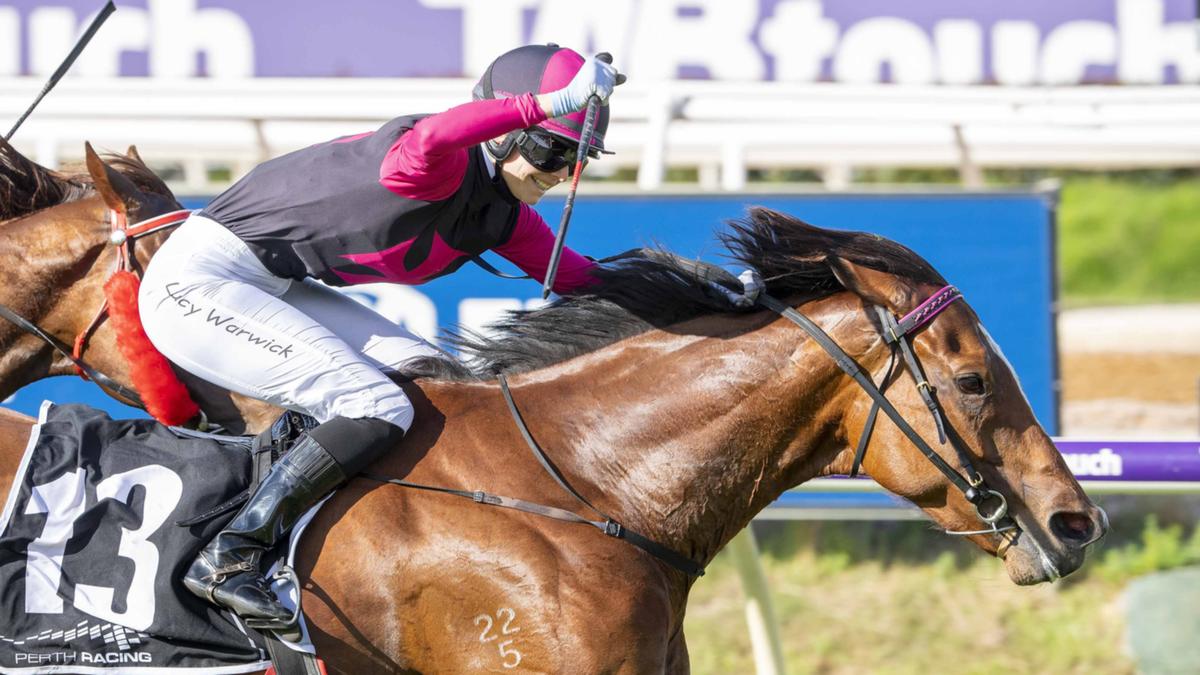 Given a perfect trail in the three-wide line by Lucy Warwick, This’ll Testya (Photo / Western Racepix) relished the task of running down Indian Pacific and Red Can Man who had broken clear after balancing for the sprint home.

“She’s so powerful and hopefully we draw a better gate than today in the Winterbottom,” Warwick said.  “She still has a few tricks up her sleeve but it helped when I pre-trained her this prep.  She can be hard work but there’s never any arguments.  Whatever she wants goes!”

This’ll Testya was bred and sold by Dawson Stud for $52,000 at the 2017 Perth Magic Millions.  She’s by retired Vinery Stud sire Testa Rossa and is the final foal from Camille’s Girl (Flying Spur) who is related to Sydney Group 2 winners Katima (Silver Shadow Stakes) and Differential (Pago Pago Stakes).

“I’m so proud of her,” trainer Mitch Pateman said.  “She has matured and loves a high-pressure challenge.  I can’t believe how well she’s done from prep to prep.  Everyone had written her off but I thought she was right in the mix if Lucy could get some cover.  She’s a genius to get in from barrier 12.”

Pateman took over training the mare from Adam Durrant and a Winterbottom victory would give him a Group 1 within 12 months of being licensed.  His career in the saddle was cut short by increasing weight.

Dawson Stud-bred mare Kissonallforcheeks (Written Tycoon) has returned to Perth from Melbourne for The Pinnacles.  She won the G2 Let’s Elope Stakes (1400m) at Flemington in September and signed off with a two-length sixth in the G1 Empire Rose Stakes (1600m) back at Headquarters a fortnight ago.