Swim Through takes plunge for Patronize

Dropping back from a Stakes race to midweek company suited Swim Through in the TABtouch Hcp (1000m) at Ascot last week.

Swim Through (Patronize) started a well-backed $2.80 favourite and eye-balled newcomer Ruler Rocket (Universal Ruler) until the pressure was applied approaching the corner.  “He was travelling much better than the other one and I was confident,” part-owner and trainer Ash Maley admitted.

“Paul (Harvey) said he had plenty to offer.  He had them covered and the addition of blinkers saw him run through the line super.

“We were up against the big guns in the (LR) Belgravia Stakes last time but he had no luck and the run was not as bad as it looked.  We will keep him going with the Westspeed money being so good and see how he measures up in races further than 1000m.” 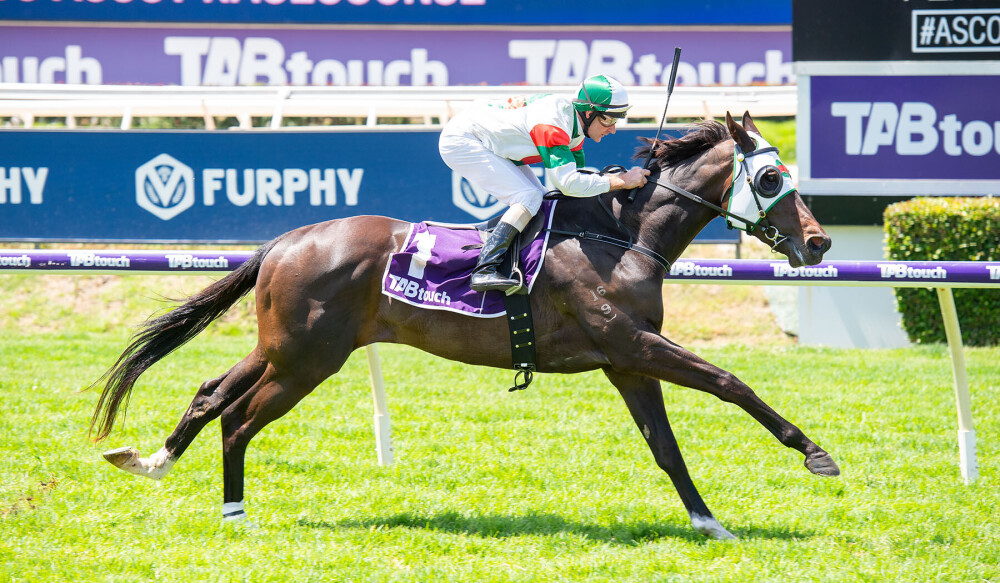 Swim Through (Photo / Western Racepix) is a 3yo gelding by Darling View Thoroughbreds sire Patronize from Swimmer (Bernardini) who was a $50,000 buy for Dr Chris Gales at the 2018 Inglis Australian Broodmare Sale.  She is a winning half-sister to Nettoyer (G1 Doncaster).

Gales sold Swim Through for $40,000 as part of his draft from Gervase Park (as agent) at the 2021 Perth Magic Millions.

Wednesday’s win was his third in town from 10 starts for earnings of $126,513 with Westspeed Platinum contributing half that amount in bonuses.

Swimmer has a 2yo colt by Ducimus with Maley and she visited Awesome Rock for a late cover last year.

Patronize is a son of Redoute’s Choice and has maintained an elevated 72% winning strike-rate throughout his stud career.  There’s another promising 3yo named Weaponize ready to resume for Neville Parnham.  He blew the start but ran on nicely behind Jeanella on debut at Belmont in June before going out for a spell.

Weaponize worked his way to the front from the three-wide line in a Belmont 1000m trial last Monday and won with something in hand for Chris Parnham.  He was purchased by Shaun Kenny for $35,000 from Yarradale Stud at the 2021 Perth Magic Millions.